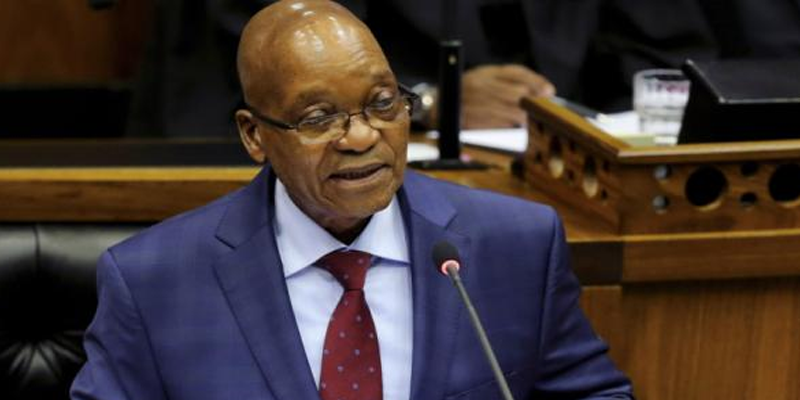 Jacob Zuma has added The Star to his latest round of defamation actions against newspapers.

The ANC president has issued a summons against Independent Newspapers for R1-million for alleged invasion of his dignity in an article published by The Star in 2005 – just making the prescription period by a few days, as plaintiffs have only three years to sue for defamation.

The article claimed that Zuma – who was the deputy president of the ANC at the time – had been effectively silenced by the ruling party a day after he had appeared in court on a rape charge.

Zuma’s R7-million claim this week against Jonathan Shapiro over his controversial Lady Justice cartoon has brought the tally of the ANC president’s lawsuits over the past three years to at least R70-million. These are damages in amounts unprecedented in South African law.

This is the 14th case filed against the media by Zuma since the beginning of his rape trial in 2006, with the latest letter of demand served on Shapiro, and the Sunday Times and its holding company Avusa yesterday.

This new claim consists of R5-million for alleged damage to Zuma’s reputation as well as R2-million for alleged damage to his dignity – the same reasons he has been aggrieved by columns, news articles and cartoons published in The Sunday Independent, The Citizen, The Star, Rapport and other media over the past three years. He has settled out of court on at least three matters.

Shapiro has, however, been the most consistent source of Zuma’s anger. Apart from the new claim, the ANC president is still suing him for defamation and invasion of dignity for R5-million each for two cartoons published by Independent Newspapers at the time of the rape trial. Zuma originally threatened to sue Shapiro for three cartoons, but ultimately dropped one suit.

94.7 Highveld Stereo was also a target, for R7-million, for playing the spoof song My Name is Zuma, which reflected aspects of his rape trial.

The most prominent out-of-court settlement was one involving Rapport, which Zuma sued for R5-million for publishing a reader’s letter containing allegedly defamatory statements. That settlement was believed to be R50 000.

Zuma has been quoted as saying: “Freedom of speech is one of the cornerstones in our democracy. As an ordinary South African I have the right to take someone to task if I believe his comment about me was unfair and unbalanced.”

Although Zuma has publicly stated that he is dropping the defamation components of certain claims, his lawyers have not yet formally withdrawn those claims, and Zuma has continued to pursue the dignity aspect of each claim.

There are at least 10 defamation cases initiated by Zuma still on the go, including that against The Sunday Independent for an opinion piece about culture written by William Gumede during the rape trial.

“Zuma is suing over articles that variously benefit from classic defences such as fair comment, jest, truth in the public interest or reasonableness. He is also claiming damages in amounts that are unprecedented in our law. What is puzzling is why, if Zuma is aggrieved by the publications, he has chosen to sue for large sums of money, rather than claiming an apology or going the press ombudsman route.”