Young and Having Harmless Fun: Egypt Must Drop Charges Against Women TikTok Influencers 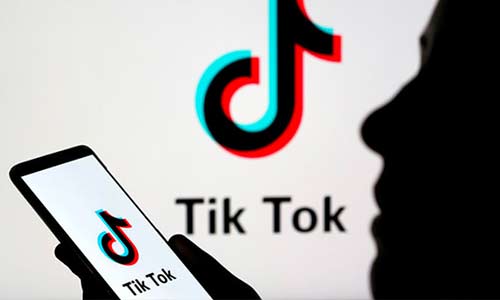 Young and Having Harmless Fun: Egypt Must Drop Charges Against Women TikTok Influencers

Amplifying its clampdown on freedom of expression online, the Egyptian government is on a campaign to arrest and prosecute women influencers on the emerging social media platform TikTok for violating “the values of the Egyptian family” and “inciting debauchery and immorality.”

The crackdown on TikTok influencers in Egypt began on 23 April 2020 with the arrest of 20-year-old student Haneen Hossam, for her TikTok videos — charged with being “offensive to public decency” — followed by the arrest of another young platform user, Mawada El-Adham, on 14 May. Seven others were arrested and charged with indecency, debauchery, and immorality – all women, all young, all exercising their right to freedom of expression online. See an example of the content.

On 27 July 2020, the Egyptian Economic Court in Cairo sentenced Mawada, Haneen, and three others to two years in prison, and a fine of 300,000 Egyptian pounds (nearly USD 19,000) for posting “indecent” dance videos and “violating the values and principles of the Egyptian family,” inciting “debauchery,” evading justice, and encrypting their phones and personal accounts. They were also charged with human trafficking, in what appears to be a reference to a call made by one of the influencers encouraging other young women to use a video creation and sharing platform to generate income.

On Wednesday, another young woman, Manar Samy, was sentenced to three years in prison and a fine of 300,000 Egyptian pounds for similar charges. And with the massive increase in content creators and influencers on TikTok in Egypt, there is a high risk that more prosecutions targeting this community are yet to come.

“This has nothing to do with protecting social values. It’s about internet policing and control. In the past, the Egyptian regime tightened its stronghold on the internet by blocking websites and imprisoning activists on vague charges of incitement to terrorism and spreading fake news. Now, the online repression extends to non-political activity too,” said Marwa Fatafta, MENA Policy Manager at Access Now. “Posing as moral arbiters, the Egyptian authorities are drawing red lines for what is socially and politically permissible on social media. They not only want to control what citizens say, but also how they should dress, talk, and behave online.”

This article was first published by the Access Now on July 30, 2020.