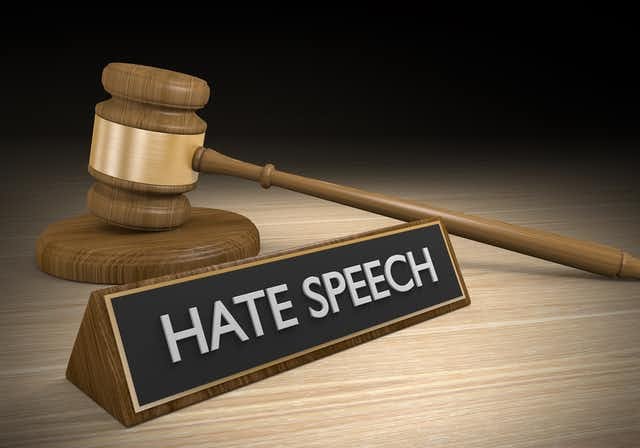 It has been one year since Ethiopia’s hate speech and disinformation law was passed.

At the time it was passed the government argued that the law was necessary to prevent individuals from engaging in speech that incited violence and promoted hatred and discrimination against a person or group.

It was also intended to promote tolerance and mutual respect and to control the dissemination and proliferation of hate speech, disinformation and other false and misleading information.

But has it worked?

So far no one has been indicted for hate speech, although there are a handful of disinformation cases still being adjudicated.

In a paper on the new law I argue that there are inherent dangers in passing a piece of legislation like this in a country like Ethiopia.

Firstly because courts in the country are invariably oblivious to international human rights standards. This means that defining hate speech in the way it’s done in the new law is bound to shackle freedom of expression and result in a chilling effect on journalistic activities.

Secondly, the law could enable officials at the federal and regional level to exercise unrestrained discretion in determining who to investigate and indict for hate speech. The danger is that the law could be used to target political opponents in the same way as the country’s anti-terrorism law does.

Thirdly, any definition of hate speech needs to be specific to context. In Ethiopia this means acknowledging the deep fissures in the society.

I argue that the law purports to minimise Ethiopia’s recurring conflicts by punishing “perpetrators who make dangerous statements”. This is based on the premise that by silencing hate speakers incidences of violence and conflict will decrease. In reality, hate speech alone does not cause violence.

I conclude that the law needs to be redrafted to redress its shortcomings, particularly in relation to issues of media freedom and freedom of expression.

Civil society and experts were given a chance to submit their inputs. Nevertheless, the law was drafted in haste and failed to take into account some of the concerns raised.

One was how the law defines hate speech. It says it is “any speech that deliberately promotes hatred, discrimination or attack against a person or a discernible group … based on ethnicity, religion, race, gender or disability.” This definition is subjective because it fails to define the word “hatred” – a key ingredient of “hate speech”.

Even the UN’s Special Rapporteur on freedom of expression has stated that the law is too broad and does not meet international standards to protect free speech.

Laws that limit freedom of expression should be clear, precise and unambiguous. A lack of clarity could lead to the law being used as a weapon against the political opposition.

Another major issue I raise is that Ethiopia does not have designated courts – akin to South Africa’s Equality Courts – to adjudicate hate speech matters. Rather, they have been left to the regular courts. Hate speech is better adjudicated by specialised and freestanding tribunals.

Another concern is that social media platforms don’t have strong content moderation mechanisms. An example that illustrates this were the events around the murder of activist Hachalu Hundessa.

The social media platforms in question did not remove the offensive content despite being required by law to take down hateful content within 24 hours.

Lastly, academics repeatedly shared their concerns that it is not hate speech alone that results in conflict and violence. There are other factors at play including deep social fissures and the absence of consensus on what constitutes the Ethiopian state.

Hate speech is a tool used to mobilise supporters in a country whose politics are steeped in ethnic identity. It is a political weapon for mass mobilisation and ideology framing. Therefore, legislating hate speech without working on national reconciliation and dialogue is a meaningless exercise. Ethiopia’s identity politics cannot be cured by a simple act of parliament.

Preventing hate speech is a complex endeavour. It requires a thorough understanding of the local context, proficiency in local languages, knowledge of social and cultural traditions, as well as preparing hate speech lexicon, and effective content moderation.

In my view speech which promotes violence is better regulated via content moderation. Laws are useful but their punitive measures can only be applied after the fact. Ethiopia’s hate speech law must be redrafted to incorporate international human rights standards.

Any revisions will have to provide clear definitions for words like “hatred’. And social media platforms must be required to moderate content more strictly.

Finally, regulating hate speech in Ethiopia without addressing ethnicity, mutual distrust will be a meaningless legislative exercise. Hate speech legislation on its own could potentially shackle freedom of expression and limit citizens’ rights of speak freely.

In the meantime, the police, prosecutors and judges should interpret the relevant provisions carefully and narrowly with a view to tackling the offences of hate speech. And the government should work with civil society organisations and companies to gain a deeper understanding of media literacy, education and content moderation.

This article was first published by The Conversation website on February 15, 2021