Why Access to Information is Essential for Democratic Elections in Africa 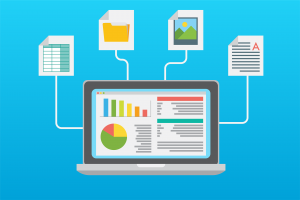 Why Access to Information is Essential for Democratic Elections in Africa

The importance of access to information in the electoral process and for democratic governance      is documented in the African Charter for Democracy, Elections and Governance, and other sub-regional treaties and standards.

Without access to reliable information during the electoral process, it is difficult for citizens to eloquently exercise their right to make an informed choice. For elections to be free, fair, and credible, voters must have access to information at all stages of the electoral process. Access to information enables voters to be educated and informed about political processes so that they can have a basis upon which to vote for political office holders and to hold public officials responsible for their acts or oversights in the implementation of their actions.

Though Africa has developed several normative frameworks and legal instruments defining democratic elections, the wider dissemination of relevant information during the electoral process remains a challenge, putting the credibility of the process into question.

Over the past few years, access to information has further been made easier through advances in information and communications technology (ICT), especially the internet, which have expanded the avenues through which people can access and share news and information.

Consequently, the importance of internet access in the dissemination of information that is politically balanced and adequate, particularly during election times, has also been underscored under many of the regional human rights instruments     .

For example, the UN Committee on Civil and Political Rights (CCPR) has emphasised that the internet is one way of expression since paragraph 2 of article 19 protects all forms of expression and the means of their dissemination. Similarly, principles 37 and 38 of the Revised Declaration of Principles of Freedom of Expression and Access to Information provide protection for access to the internet.

Despite existing guarantees, both state and non-state actors have violated these rights by limiting access to information during election periods through ordering internet shutdowns, clamping down on news media, and restricting the movements of political opponents to campaign. This in turn undermined the reliability of electoral processes.

Trends also indicate that most of the African countries conducting elections in 2020 and beyond have experienced internet shutdowns, often affecting the fairness and credibility of the elections.

The situation has further been complicated by COVID-19, which has hampered crucial offline electioneering, making the online space crucial. Though state and non-state actors have used various types of strategies to censor and restrict information during election times including through blocking certain content and internet pages, the impact blanket internet shutdowns have on access to information is massive. This strategy is not the best option as internet shutdowns only present short term solutions. Other alternatives should be sought, such as progressive laws, judicial oversight, and legal actions before domestic and regional courts     .

In this report, the Collaboration on International ICT Policy in East and Southern Africa (CIPESA) explores the challenges citizens face in accessing crucial information in Africa, especially during elections, despite the recent developments in the ICT sector, including the internet which is often shut down as governments attempt to stifle their citizens’ ability to seek and share information online.