Togo: Fumbling With a Digital ID While Actively Surveilling Citizens 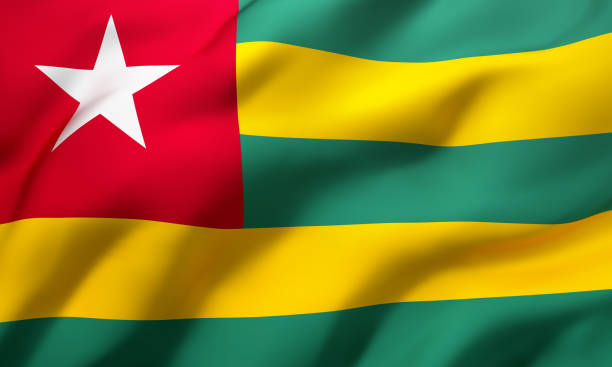 Togo: Fumbling With a Digital ID While Actively Surveilling Citizens

For four years Togo has been inching towards issuing a digital identity (ID) card. While there are indications that 2022 may be the year in which the west African country finally delivers the long-awaited digital ID, the road ahead remains uncertain. Challenges lie both in bureaucratic delays and citizens’ caginess about handing their data to a government with a penchant for surveilling citizens and shutting down digital communications.

The Togolese government announced the e-ID Togo project in 2018, but it was not until mid 2021 that the Ministry of the Digital Economy and Digital Transformation initiated efforts to recruit a communications consultant to devise an awareness campaign to precede the registration stage and a technology solutions service provider. The International Institute of Information Technology Bangalore was awarded the system contract in December 2021.

According to the government, the e-ID project will simplify the process of updating the electoral register, facilitate access to public services and to credit, reduce fraud in the financial sector, and facilitate the targeting of social protection beneficiaries. Only 25% of the country’s population of eight million has a form of identification, with women less likely to have an identification document, which hinders their ability to open bank accounts, enrol children in school, benefit from health insurance, or get a mobile phone number. In recognition of the gaps in civil registration among citizens, the government set out to enrol citizens for e-ID even without proof of birth registration.

Togo passed Law No. 2019-014 relating to the protection of personal data in October 2019. In 2020, parliament passed Law No. 2020-009 relating to the biometric identification of natural persons, whose objective is to establish a system for identification and authentication of natural persons. The law aims to establish a “secure and reliable methodology” for obtaining, maintaining, storing and updating data on the identity of registered individuals. The law requires all citizens and residents in Togo to obtain a Unique Identification Number (NIU) by submitting their demographic and biometric data (Article 4). The biometric data specified for purposes of obtaining a NIU are photograph and / or facial recognition, fingerprints, and iris scan. The National Identification Agency (ANID) is mandated to collect biometric data for the NIU.

SIM Card Registration
In July 2021, a SIM card registration and limitation of subscriptions per individual and network campaign was launched by the telecommunications regulatory authority ARCEP, supported by leading telecom operators Moov Africa Togo and TogoCom. The SIM registration requirements include a national identity card or passport and collection of biometric and demographic data.

But this extensive collection of individuals’ personal data raises concerns for the safety of such data. These concerns are not unfounded and they partly arise from the state’s record on respect for digital rights, which have seen it order network disruptions and use malware to target opponents and dissidents.

State Surveillance
In 2020, lingering suspicions that the Togolese government was undertaking interceptions of communications gained credence when the Citizen Lab revealed that Israeli-made spyware Pegasus, supplied by the NSO Group, was used between April and May 2019 to target Togolese civil society, including a Catholic bishop and a priest, as well as two members of Togo’s political opposition. The surveillance reportedly coincided with nationwide pro-reform protests that were forcibly dispersed. The Togolese government did not respond to the allegations, which nonetheless sparked debate within Togolese media and civil society.

Further, in October 2021, Amnesty International research found that Togolese activists had been targeted with spyware by the Donot Team hacker group based in India – the  first time that Donot Team spyware was found in use outside of South Asia. According to the report, the activists’ devices were targeted between December 2019 and January 2020, during a tense political climate ahead of the 2020 presidential election.

During the February 2020 elections, authorities disrupted access to messaging services (WhatsApp, Facebook Messenger, and Telegram). Later that year, the Economic Community of West African States (ECOWAS) Court of Justice ruled that the 2017 internet shutdown in Togo was illegal and an affront on the right of freedom to expression.

According to Access Now, the court ordered the government of Togo to pay two million francs (USD 3,459) to the plaintiffs as compensation, and to take all the necessary measures to guarantee the implementation of safeguards with respect to the right to freedom of expression of the Togolese people.

Togo’s laws provide safeguards against unlawful surveillance and unauthorised access to data whilst also granting authorities sweeping powers to violate privacy. Law No. 2012-018 on electronic communications provides for privacy of communications but article 92 empowers the Prime Minister, and the Ministers responsible for the economy and finance, defence, justice, and security and civil protection, to trigger the interception of communications and electronic content.

The biometrics identification law requires the National Identification Agency to encode and encrypt data on its registry and only allows access to authorised agents (article 10, 21 & 22). Violation of the obligation of non-disclosure of personal data, identity theft and unauthorised processing of personal data are punishable with fines ranging from one million to 10 million Central African Francs (USD 1,747 to 17,472), imprisonment between one and five years, or both.

Article 94 of Togo’s 2012 electronic communication law obliges encryption service providers to comply with lawful interception orders, with refusal to provide secret decryption codes to government agencies punishable with a fine of between USD 3,544 and USD 14,178. Cryptology services providers are required to retain for one year, content and data allowing the identification of anyone who has used their services, and to provide the technical means that enable the identification of those users. The service providers are required to avail this data, on request, to the investigating judge, Prime Minister, Minister for the Economy and Finance, the Minister of Defence, the Minister  of Justice, and the Minister of Security. The multiple officials who access data – similar to the various officials that can trigger the interception of communications – offers wide latitude for abuse of citizens’ data privacy rights.

Digital Exclusion
In the wake of Covid-19, Togo initiated a relief programme for vulnerable citizens whose livelihoods were affected by the state of emergency. As at March 2021, the programme, known as NOVISSI, had disbursed a total of 13.3 billion francs (USD 22 million) to 819,972 citizens via mobile money.

However, the programme was criticised for requiring applicants to possess a voter’s ID card. During the last electoral census, opposition parties called on the population to boycott the exercise, which meant that some citizens had not renewed their voter ID cards. There were also cases of unscrupulous individuals utilising the voter’s ID details of other citizens to fraudulently benefit from the programme. As a result, the government temporarily halted the program to allow for physical verification of beneficiaries at dedicated centres.

Whereas the various sanctions within the existing legal framework might be a deterrent against unauthorised access to and misuse of personal data, there is wide latitude for state agencies and officials to access the data, which could be abused. This calls for a review of the provisions to ensure they uphold citizens’ right to privacy and data protection, with adequate oversight and redress mechanisms. Further, the e-ID should be rolled out in a manner that ensures agency and dignity, without enhancing exclusion and surveillance.