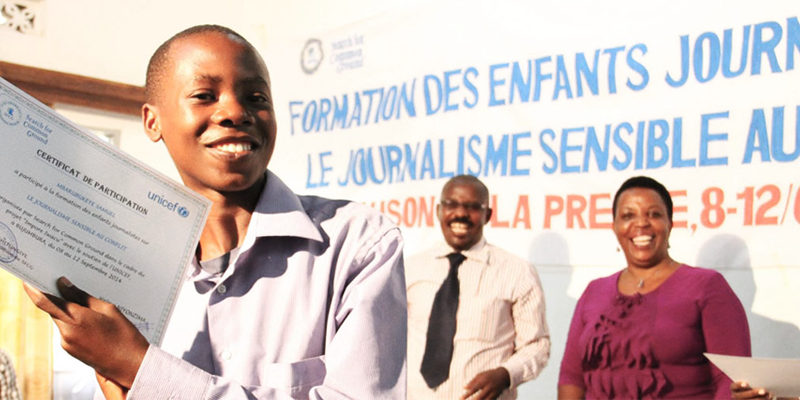 The Iwacu a print and online publication allows readers to post comments to a forum after reading any press article. As part of the website’s user conditions, insults, defamation, racism and anti-Semitism speech are prohibited. Any posts infringing intellectual property rights are also not allowed. The website administrators reserve the right to delete infringing posts. Commentators are also required to disclose their names and email addresses.
On May 31, 2013, the CNC shut down the forum for a period of 30 days, arguing that comments posted on May 28 and 29 2013 were defamatory against official institutions. The regulator stated that the comments “violated the terms of Articles 10 and 50 of the 2003 Press Law (Law No.1/025 of 27 November 2003 revised in June 2013) regarding attacks on national unity, public order and security, inciting ethnic hatred, defending criminal activity and insulting the head of state.” In justifying its actions, the CNC’s chairperson Pierre Bambasi was quoted as saying “We cannot have individuals or groups screaming abuse on the internet, stirring up ethnic hatred, talking of taking up arms and urging the people to rise up”.
Articles 10 of the then prevailing press law prohibited journalists from publishing any information prejudicial to national unity, public security, morality, national sovereignty and privacy of citizens. Meanwhile, offenses under Article 50 were punishable by six months to five years imprisonment and a fine of BIF 100 000 to BIF 300 0000 (USD 65 to USD195).
In a memorandum written on the June 28, 2013, the management of Iwacu contended that the shutdown decision did not specify the alleged defamatory comments. Upon receiving an initial warming from the CNC on May 28, 2013, the Iwacu management responded in writing, stating that their team was working on removing the inappropriate readers’ comments and intended to improve their filtering mechanisms within three weeks. Iwacu received 400 comments on the dates indicated by the regulator’s letter, of which one in eight were banned.
In protest of the forum shutdown, the managing team of Iwacu suspended the production of articles on the whole website. As a consequence of the shut down, another website, www.ganira.com, was anonymously created where all of Iwacu publications were copied and readers were allowed to continue commenting. This website has since been shut down by its owners. In an interview with the researcher in December 2013, Antoine Kaburahe, the Director of Iwacu press group, denied knowledge or association with the owners of Ganira.com. Mr. Kaburahe also stated his ignorance of the ganira.com promoters in a news article published on another online newspaper where he said he was surprised by the discussions on the new forum in continuation of the ones of Iwacu forum. The Iwacu forum was re-instated on June 30, 2013 and remains fully accessible in Burundi.