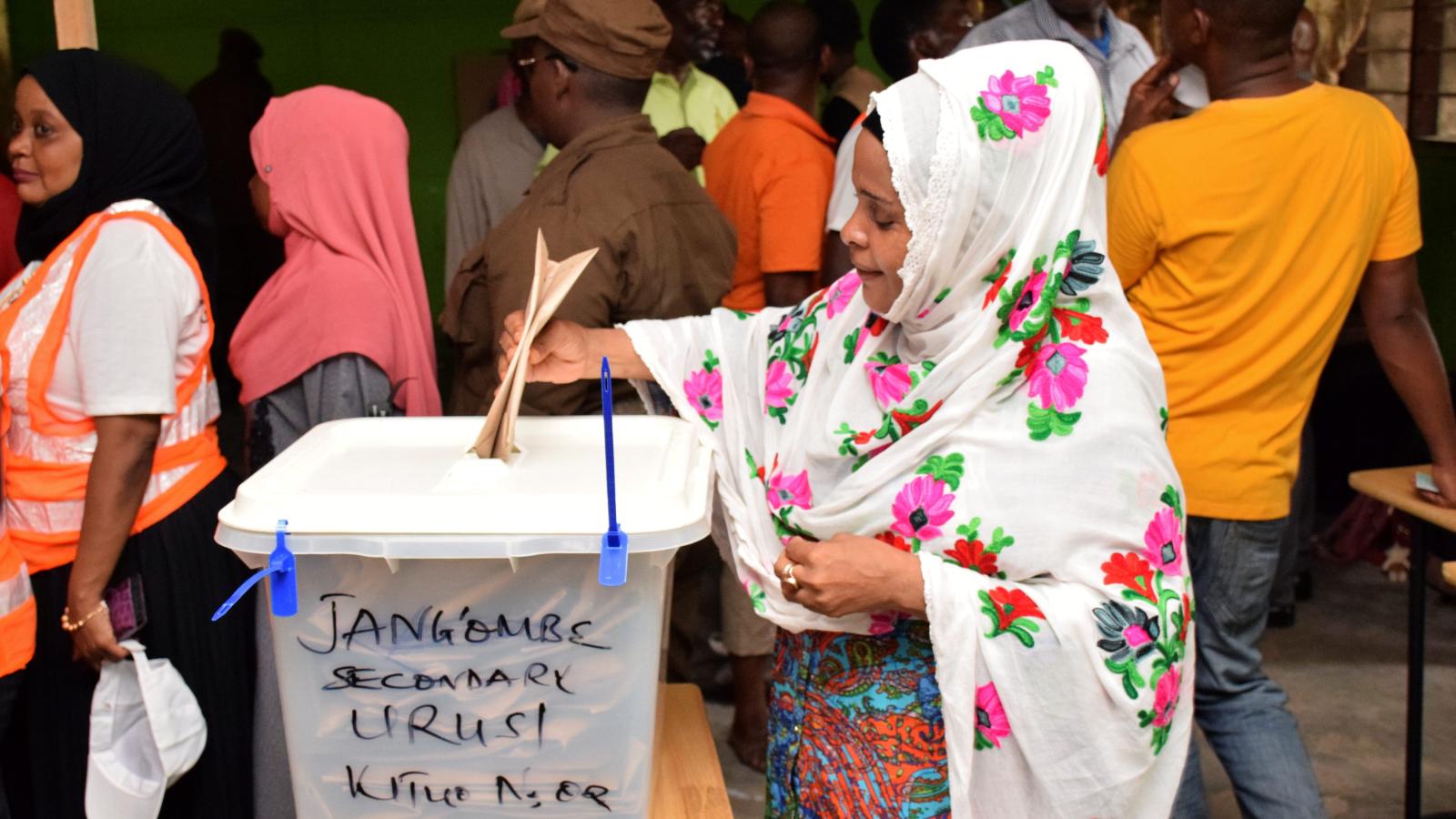 Tanzania has been blocking social media applications ahead of Wednesday’s (Oct. 28) election, days after the state issued a directive restricting text messaging within the country. This builds on earlier legislation outlawing international press from covering developments in the country without local media partnerships.

The presidential and parliamentary election in Tanzania tomorrow is likely to be tense, given the allegations of human rights abuses and killings leveled by opposition politicians against incumbent president John Magufuli’s government. A few hours ahead of the vote, as many as 42 opposition activists had been arrested in the semi-autonomous island of Zanzibar. It comes amid claims security forces had killed nine people as protests broke out over voting procedures which opposition parties claim could be used to manipulate results of the poll in incumbent Magufuli’s favor.

This added to an already volatile and explosive pre-election environment that the opposition and some human rights watchers are expecting to worsen in the post-election period. These tensions, as well as other rights violations have been on the radar of the United Nations Human Rights Office of the High Commissioner which on Tuesday noted the “shrinking of democratic space in the country, with worrying reports of intimidation, harassment, arbitrary arrests, and physical attacks against political opponents, journalists, women human rights defenders, and other activists”.

Against this backdrop, the most influential and affordable communications platforms in Tanzania have now either been blocked or restricted, independent monitors,d and watchers of such platforms confirmed on Tuesday. Access Now and Netblocks confirmed the blockade of Twitter, WhatsApp, Facebook, and Instagram.

The throttling of social media platforms added to a Saturday directive by the Tanzania Communication Regulatory Authority under which it ordered telecom companies in the country to suspend bulk SMS and bulk voice communications as well as individual text messages with keywords around Wednesday’s election until Nov. 11.

All these measures have largely been seen as stifling critical media portrayal of Tanzania’s “Bulldozer” president, who came to power with a populist promise to wipe out corruption and a can-do energy admired by Africans in other countries in his first year. But that early goodwill quickly fizzled out as Magufuli quickly showed an authoritarian streak combined with eccentricities and is now alleged to have okay human rights violations against rivals and other and dictator-like tendencies.

But given Magufuli’s Chama Cha Mapinduzi (CCM) party has an entrenched leadership of Tanzanian party politics it is widely expected he’ll win re-election. The 60-year old does faced notable competition for the top job from Chadema Party’s Tundu Lissu who only returned to Tanzania in July, having fled the country three years ago following claims of an assassination attempt.

Lissu is just but one of nearly a dozen other contenders but has largely been at the receiving end of Magufuli’s state repression. His campaign was suspended earlier this month because he had supposedly used “seditious” language.

Tanzania has cited the need to “ensure safe and secure electronic communication services” for the decision to stop bulk SMS messages although Access Now, which advocates for free digital communications, is emphasizing this decision has left “millions without effective communication tools” across Tanzania and ahead of the elections.

Felicia Anthonio, a campaigner for Access Now under the #KeepItOn crusade further underscored “the government’s deliberate attempt to stifle the rights of the Tanzanian people and its total disregard for democratic” processes.

However, lobby groups are anticipating Tanzania to completely shut down the internet if violence to flares up in the post-election period. Magufuli, true to his recent reputation as a leader who does not take criticism lightly,  has been conducting a far reaching clampdown on the foreign press, adjudged that all non-local journalists  be accompanied by a government official in their field reporting work, in addition to having to work in partnership with local press.

Twitter, which separately confirmed throttling of the information sharing platform in Tanzania ahead of Wednesday’s election, said “internet shutdowns are hugely harmful, and violate basic human rights, and the principles of the open internet” especially during crucial national events of international significance such as elections. There’s recent evidence of the effectiveness of social media campaigns having impact in Nigeria, where the EndSARS online campaign against police brutality turned into an international cause célèbre.

Tessa Knight, a researcher for the Atlantic Council’s Digital Forensic Research noted, the confirmation of the blockade of social media platforms in Tanzania is “a tactic that is becoming increasingly popular to prevent the spread of information and co-ordination of protests”.

This report was first published by the Quartz Africa on October 28, 2020.