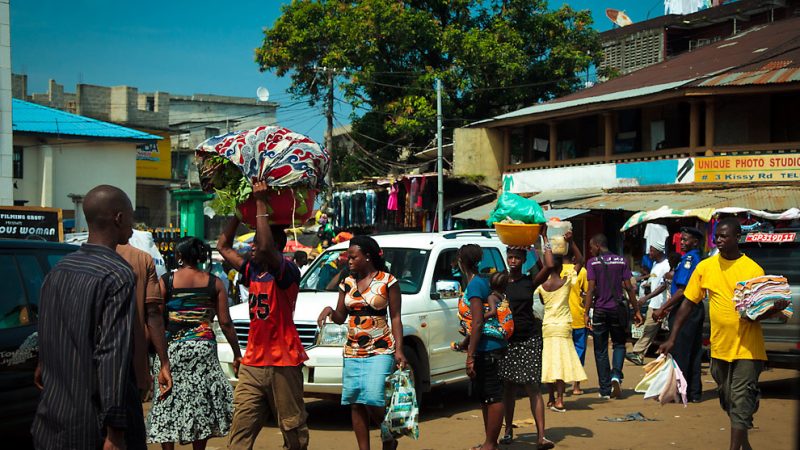 Digitization has been a huge boost to Sierra Leoneans in recent years, making new spaces available online to freely express and share sensitive views and information on the country’s political and socio-economic issues.

But Sierra Leone’s current laws on free speech in digital spaces do not adequately protect citizens from targeted harassment or arbitrary threats and arrests.

Now, a proposed cybercrime bill could turn a citizen’s smartphone into a crime scene.

Parliament proposed the bill after a series of violent incidents last year that were sparked by social media messages. It intends to offer clarity regarding cybercrime offenses and punishments and better handle national security and crime in digital spaces.

Last year, when violent incidents broke out in Tombo, a western fishing village, and Makeni, a northern village, the government quickly pointed to a social media personality known as “Adebayor.”

Currently based in the Netherlands, Adebayor is an outspoken opposition voice who commands a large following within the country — particularly on WhatsApp.

Tombo and Makeni are both All People’s Congress (APC) opposition strongholds, where Adebayor felt villagers were being unfairly treated.

The nights before both incidents, Adebayor allegedly produced audio messages in which he called on youth to protest against decisions made by ruling-party authorities.

In May, Adeboyar reportedly provoked Tombo youth to protest against authorities’ COVID-19 restrictions that limited fishing to only 15 boats out of over 400. He allegedly claimed that the decision was politically motivated by ruling SLPP members to suppress APC supporters. Clashes resulted in two people dead.

Months later, Adebayor reportedly called on youth in Makeni to rebel against the Ministry of Energy’s decision to move a standby 1MW caterpillar generator from their city to another. He allegedly told youth that they shouldn’t sit by and allow the ruling Sierra Leone People’s Party to suppress the needs of APC supporters, the country’s main opposition party. The youth protest left four people dead and 10 wounded.

In a bid to tackle the situation, the government proposed a cybersecurity bill that would deter people from listening and sharing virulent messages like Adebayor’s, that spread hate, incitement and invectives against ruling-party politicians.

Sahr Mattew Nyuma, Sierra Leone’s leader of government business in parliament, warned last August in parliament that “everyone will be vulnerable if the country does not enact tough laws to deal with the situation.”

Leader of the main opposition party All Peoples’ Congress, Chernor Ramadan Maju Bah, described the bill as sensitive because it affects everyone.

Of course, the main objective is to fight cybercrimes of all kinds.

But the bill has its shortcomings.

The proposed bill spreads fear and grants further legal pretext to clamp down on dissent — to seize the age’s prized possession — the mobile phone.

Several citizens and opposition members argue that the bill serves as a conduit for government suppression of digital rights and freedoms — especially in instances where the government falters.

The cybercrime bill is “a new Public Order Act for the electronic age,” writes Mohamed Gibril Sesay, in a March 19 editorial in the Sierra Leone’s Standard Times. The minister of state and opposition politician has openly condemned the cybersecurity bill in his op-ed.

In the past, politicians would invoke sections of the Public Order Act that criminalized libel to suppress free speech and the press. Several sections of that Act were repealed in 2020.

Everyone is a potential target for criminalization of speech if the ruling party deems one’s online content offensive.

And the bill lacks clear definitions of what constitutes a cyber crime, ceding too much power to the Minister of Information to draw regulations and determine punitive measures.

Chris Wizo, an editor, also raised concern about the bill on Facebook:

Under Part III: Powers and Procedures, the bill also cedes too much power to the police to take away phones and computers and gives too much latitude to state agents to turn whatever phone of their choosing into a “crime scene.”

It prescribes methods through which computers or phones may be seized if a judge authorizes it. All that’s required to get the process started is the police officer’s belief that the seizure is justified.

That’s where the potential for misuse looms very large against every journalist, civil society activist or an ordinary citizen who uses a phone or computer.

Further legal pretext to clamp down on dissent

Journalist Mahmud Tim Kargbo is among several Sierra Leoneans who have already been targeted for writing critical social and political commentary on social media.

Mahmud Tim Kargbo was arrested and charged with criminal defamation last year for sharing content on social media about Sierra Leone’s assistant inspector-general of police, Patrick A.T. Johnson, that was regarded as “insulting” and “scurrilous.” He had allegedly violated Section 3 of the Public Order Act, which criminalized obscenity, threats and other actions resulting in “insult” or “annoyance.”

Most Sierra Leonean journalists, civil society organizations and opposition politicians admonished Kargbo’s arrest. The Committee to Protect Journalists has unequivocally condemned these developments, which they described as tactics used by the incumbent government to clamp down on voices critical of their governance.

Mahmud Tim Kargbo was released on bail on December 4, after spending a few hours in the Pademba Road maximum prison. If he had been convicted, he could spend up to three months in prison or pay a fine of 20 million leones ($1,960 United States dollars).

Sierra Leone’s 1991 constitution doesn’t hold specific provisions for digital rights, but it makes it clear that all citizens hold the right to free speech under Chapter 3, which protects the rights to “freedom of conscience, of expression and of assembly and association.”

Under the new cybercrime bill, police have already formed a cybersecurity unit specifically for criminal investigations in the cybersphere.

Several people have been called by the police to answer questions about what they put on social media — even before the bill becomes a law.

This article was first published by the Global Voices on March 21, 2021.