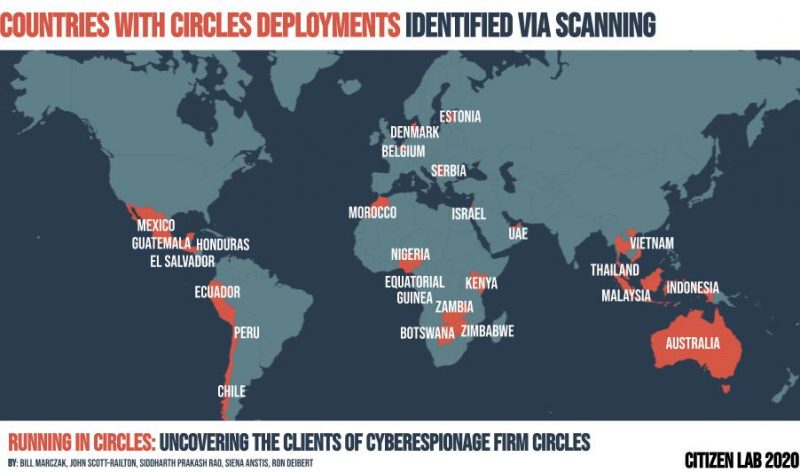 The snooping technique tracks phones and intercepts calls and texts

The governments of seven African countries — Botswana, Equatorial Guinea, Kenya, Morocco, Nigeria, Zambia, and Zimbabwe — are using spyware technology, according to a new report by Citizen Lab, an interdisciplinary research unit at the University of Toronto, Canada.

The study has identified at least 25 countries around the world that have deployed surveillance software produced by Circles, a firm affiliated with Israel’s NSO Group. The study says Circles claim to only deal with nation-states.

According to the study, Circles’ technology operates by exploiting a common signal flaw in the global mobile phone system to enable call and text snooping as well as tracking of phones.

Thomas Brewster, a cybersecurity analyst at Forbes who reported on the Citizen Lab study, further explains that when one travels to another country, “the SS7 network is used to move your phone over to a partner telecoms provider and adjust billing accordingly.” However, a twist occurs in this normal process if “a surveillance vendor” is able to access the SS7 networks, “either via hacking or acquiring it.” The SS7 then sends “commands to a subscriber’s ‘home network’ falsely indicating the subscriber is roaming. That will, in turn, reveal their location, though only the coordinates of the cell tower closest to the phone,” says Brewster.

This article was first published on the Global Voices Website on Dec 10, 2020