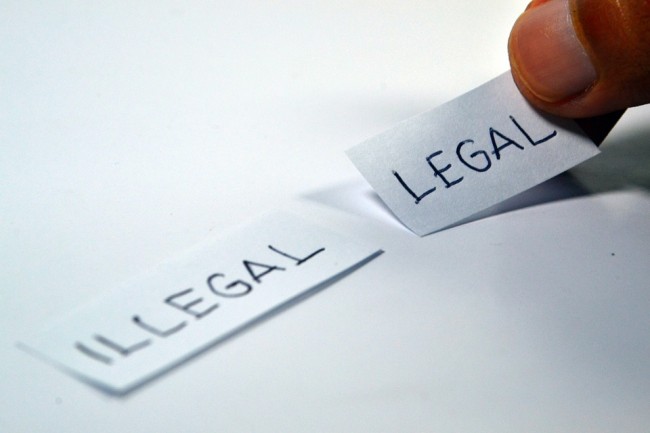 Plans by the Mahama-led National Democratic Congress (NDC) administration to enact a new legislation that would enable it eavesdrop or intercept messages of telecommunication users in the country has been met with strong opposition from key personalities in the country.

Personalities such as Franklin Cudjoe -Founding President and CEO for IMANI Ghana and Sulemana Braimah -Executive Director of Media Foundation for West Africa (MFWA), who have major stakes in the communication sector of the country, have raised serious concerns over the move.

Both personalities have agreed the government’s decision to enact such legislation comes in the wake of the uproar against international terror, which has become every government’s headache across the globe.

But, while Franklin Cudjoe is arguing that instead of government thinking of coming up with such a legislation, it should rather focus on tackling the root causes of terrorism, which is poverty, Sulemana Braimah is of the opinion that this NDC regime is silently murdering the culture of freedom of expression and press freedom that we’ve been enjoying over the years.

The bill, “Interception of Postal Packets and Telecommunication Messages Bill, 2016″, which is currently before parliament, when passed into law may be in breach of sections of the 1992 constitution.

The Chronicle gathered that last week that the Speaker of Parliament, Edward Doe Adjaho, referred the draft bill to the Defense and Interior Committee to commence the legislative processes.

Minority New Patriotic Party (NPP) Members of Parliament (MP) have also indicated that the new bill may allow the national security and by extension government to have the legal right to tap, listen, record and monitor the telecommunication messages of members of the public.

The aim of the new Bill is to fight crime, including money laundering, terrorism, narcotic trafficking and identity theft for the general protection of Ghanaians. Concerns about invasion of privacy, a possible infringement of the constitutional provision on privacy and confidentiality agreement between telecom service providers and their customers are up for debate.

There are also fears the new law may be abused by the government if not well scrutinized. Sharing his view on the issue in a telephone interview with the paper yesterday, Mr. Cudjoe called for a broader consultation among major stakeholders before the bill could be passed into law.

The Founding President of IMANI Ghana said: “I want to believe that our representatives in parliament would do a thorough job before even contemplating this particular bill.”

He said the most important thing for government to do is that instead of passing legislation to suppress people who want to express themselves either violently or negatively, it should rather be seen and engaged in debates that will uproot causes of this canker.

According to him, it is the untold economic hardship and poverty that lead people in this part of the world into terrorism and that the government should focus its attention to ensuring that poverty is reduced to the barest minimum if not eradicated.

“So instead of sitting round and at leisure, trying to listen to suspicious peoples’ conversation, it will be a waste of time, it will be a waste of resources and it will be an affront on our civil liberties and I think that also ought to be made clearer”, he noted.
To him, the solution for us as a nation to deal with the issue is by engaging in conversations about how best we can, as a nation discover what leads people to involve themselves in acts of terrorism.

On his part, Sulemana Briamah called on civil society groups and Ghanaians to wake up and oppose the passage of the bill because it could stifle the nation’s democratic process if not checked.

“So there is persistent attempt to roll back the freedoms that we had, which I think has contributed in no small way towards the development of our democracy and I think that civil societies and Ghanaians must keenly follow this development and oppose this kind of things the government is intending to do.

“Ghanaians have to wake up, particularly the developments in the communication sector. We are not done with Afriwave. NMC introduces a law that now makes provision for people to go to jail if they commit certain offences.

“And then we have this interception, whatever bill that is coming up. We have journalists who have been abused and nothing happens to them, and so on and so forth, and the creeping culture of impunity”, he noted.

Continuing, Mr. Braimah said we have finished dealing with the issue of Interconnect Clearing House, “which many of us has said that if it happens, what it means is that it is going to give government that latitude to do whatever it wants in the communications ecosystem in Ghana. “And then we have this whole thing, Interception of Postal Packets and Telecommunication Messages Bill, 2016 coming up; when not too long ago we’ve all had this Edward Snoody development in the US.

“Even the US government has come out openly to say that it is stopping that kind of practice as part of its national security operations and then all we hear is that government is trying to introduce another piece of legislation that would empower national security to intercept whatever calls, whatever emails and so on.

He continued “I think that it is a very bad development and perhaps the government should take a second look at whatever is happening within the freedom of expression environment.This is a backdoor introduction of the criminal libel law.”