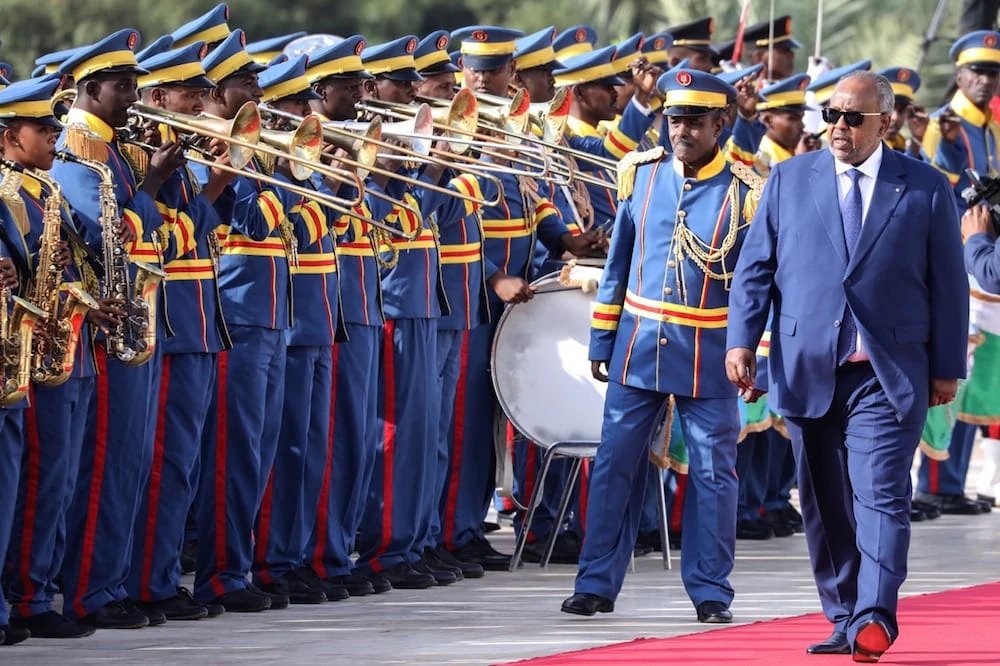 This statement was originally published on rsf.org on 9 December 2020.

Reporters Without Borders (RSF) is appalled by Djiboutian President Ismaïl Omar Guelleh’s defamatory comments in a magazine interview about the only independent media outlet operated by Djiboutian journalists. The sole aim of Guelleh’s lies was to deflect attention from the complete lack of press freedom in his country, RSF says.

Guelleh, who might run for a fifth term as president next April, made his defamatory comments about La Voix de Djibouti (LVD), a radio station and Web TV, when asked about press freedom in Djibouti in an interview for the French monthly Jeune Afrique. He called it “an opposition website based in Brussels” and described its journalists as “sometimes barely literate fellows.” He also claimed that he had “imprisoned no one.” It is hard to utter so many falsehoods in just two sentences.

But the Djiboutian regime’s propaganda doesn’t bear examination. LVD’s headquarter are in Paris, not Brussels, and its reporters in Djibouti have to work clandestinely to escape the regime’s persecution. They have been arrested at least six times in the past year or so, as RSF has documented and reported at the time.

Far from being illiterate, most of LVD’s journalists have university degrees and some have taken journalism courses abroad. And most of them speak several languages.

While LVD’s fans may include members of the opposition, it is independently funded and its editorial policy is to allow all viewpoints to be expressed. RSF has seen its financial records for 2018 and 2019 and confirms that it received no funding from the Djiboutian opposition.

Its programming and content provide space for independent opinions, debates and reporting that are not tolerated in Djibouti, where only the state media are allowed to operate and are forced to relay the regime’s propaganda.

LVD often invites members of the government. For example, Abdourahman Mohamed Allaleh, the ruling coalition’s vice-president, was recently invited to debate the latest developments with a member of the main opposition party. Government supporters and members are repeatedly asked to express their views, but rarely accept, as RSF has been able to confirm by looking at messages received by LVD’s director.

Without LVD’s vital reporting, many matters of public interest, such as the impact of recent flooding, police violence and examples of corruption and nepotism would have gone uncovered. It was in recognition of the important work it carries out in extremely difficult conditions that LVD was included in the list of nominees for this year’s RSF Press Freedom Prize, which was awarded yesterday.

“No, LVD’s journalists are not opposition illiterates,” said Arnaud Froger, the head of RSF’s Africa desk. “The president’s comments about the only independent media outlet run by Djiboutian journalists are slanderous and are designed solely to deflect attention from the complete absence of press freedom in his country. No matter how serious, these completely mendacious accusations deceive no one. This media outlet produces quality work with few resources and a great deal of courage. Its provision of a space for expression, information and debate is absolutely essential and prevents Djiboutians having to rely on the regime’s propaganda as their only source of information.”

When asked by Jeune Afrique why Djibouti has no privately-owned media, Guelleh simply said, “They’re expensive” and “the market is limited.” This is totally duplicitous. No mention of financial problems were raised when LVD requested a licence in 2015. The laconic response from the authorities, which RSF has seen, simply said: “The national communication commission in charge of issuing licences is not yet operational.”

Despite repeated subsequent requests, LVD is still waiting for a licence. As for the national communication commission, its creation was envisaged in a law on freedom of communication that dates back to 1992.