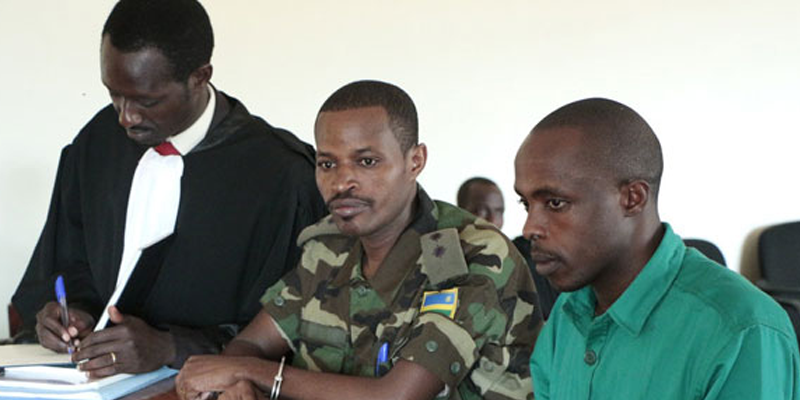 The law was passed in August 2012 with little opposition both in parliament and from the civil society.

On Thursday when Mr Mihigo, a genocide survivor and proponent of unity and reconciliation, and Mr Ntamuhanga, a director of a local Christian radio station, appeared before the Kacyiru Primary Court, prosecutors displayed messages the singer shared over the phone, Whatsapp and Skype.

Prosecutors told the court that through the intercepted messages, Mr Mihigo and his co-accused expressed their discontent with the government and conspired with the Rwanda National Congress (RNC) to have it toppled.

According to the messages, Mr Mihigo, laments that he has been a victim of injustice and unfair treatment especially from the government in his exchanges with one Callixte Nsabimana alias Sankara, a member of the exiled opposition group RNC.

Despite seemingly enjoying considerable government support in his programmes of unity and reconciliation, Mr Mihigo said that he was “unhappy” and would offer himself to be part of the activities aimed at overthrowing the government.

The singer did not deny the charges but instead he maintained his earlier position that he was manipulated by his recruiters after learning about his frustration.

“My crime stops at these messages… There was no intent whatsoever. I own up to these messages and apologise for any wrongdoing. I seek the leniency of this court,” Mr Mihigo said.

Mr Mihigo’s lawyers John Bigarama and Felix Segabiro are arguing that their client is a victim of the state listening or tapping conversations which would have otherwise been a private conversation.

“Our stand is that these conversations being used as evidence up to now remain private and were private until the state put them out. Kizito Mihigo, while owning up to the charges, exchanged these messages while exercising his provision liberties,” Mr Bigarama said.

The lawyers argue that if the messages had not come into public, there would be little to prove their clients intent, adding that many people could be harbouring similar thoughts even though they don’t express them.

The case has also sowed fear among journalists who are most likely to be culprits of the law through their communication with the said individuals and organisations which are considered “criminal” but are news sources.

Fred Muvunyi, the Chairman of Rwanda Media Commission, the self-regulation body, agrees the situation presents a serious dilemma, which the body is assessing.

“I have made phone calls to opposition people at a professional level,” Mr Muvunyi says, wondering where that leaves journalists.