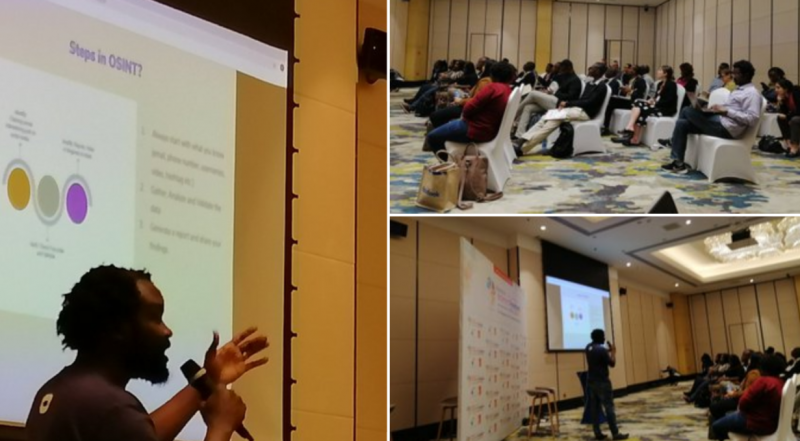 In August 2018, a video of what appeared to be Ethiopian policemen assaulting a man by the roadside was shared on Twitter. There seems to have been a rapid response from the Addis Ababa Police Department (@Addispolice), leading to the arrest of the culprits due to the virality of the video.

The incident, is one of many which highlights the growth and use of the internet by the young populations in Sub Saharan African, especially those using all forms of social media platforms, and devices such as camera phones. It also highlights their unprecedented ability to create and share vast amounts of content across the region and globally almost instantaneously. This has also led to a shift in who the trusted sources of news are. It is no longer only governments or the mainstream media, but also the everyday user of online platforms including social media.

Albeit a positive development, the shift has also contributed to rampant cases of disinformation and  misinformation across Africa. This situation is worsened during election periods and network disruptions (internet/social media shutdowns) as online information becomes limited ot accessible  only by those able to circumvent the disruption. As such, countering the vice, whether to establish a more truthful narrative, or provide counter arguments is vital.

At the recently concluded Forum on Internet Freedom in Africa 2019, Richard Ngamita, a Data Specialist hosted a session on Open Source Intelligence (#OSINT). The session was aimed at introducing participants to web and social media networks as data sources for investigative journalism, blogging or research. It also sought to support the push back against misinformation and affronts to human rights online and offline.

The session drew a large number of attendees reflecting an interest and a knowledge gaps in the area of OSINT. The OSINT techniques and skills are an integral tool for journalists, researchers, activists and advocates to be able to critically examine online media and the information connected to it including for the validation of content. Performing basic analysis of the content e.g videos, working out where and when they were filmed, and establishing what happened during the event – will provide context to the content, and establish the veracity.

In some ways, investigating related content and coming up with conclusive findings have furthered the cause of transparency, as individual citizens have a greater capability to examine and expose government actions as demonstrated in the Ethiopian Police case.

While appreciating the swift response @AddisPolice the situation highlighted the underlying problem in #LawEnforcement in #Ethiopia. And Kudos to the person behind the camera that captured police violence @Officially_Abel

There is a growing trend among many Governments in denying occurrence of digital or human rights violations e.g the #Zelevet killings where the Cameroonian Government spokesperson claimed it was “Fake News”. In other occurrences, Governments are countering content that has been ‘doctored’ or modified to discredit the truth. The OSINT session at FIFAfrica19 explored case studies from leading BBC Eye Africa and Bellingcat, and shared the best practices and skills required to perform related investigations to produce such output that has been used as evidence in court cases.
https://twitter.com/cipesaug/status/1176853521007857666?ref_src=twsrc%5Etfw%7Ctwcamp%5Etweetembed%7Ctwterm%5E1176853521007857666%7Ctwgr%5E%7Ctwcon%5Es1_&ref_url=https%3A%2F%2Fcipesa.org%2Ffifafrica%2Fopen-source-investigations-as-push-back-against-misinformation-and-affronts-to-human-rights-online%2F
There is a need to continue growing the community of journalists, activists and advocates acquiring OSINT skills particularly as the affronts to digital rights continue to shift and become harder to identify.  This also needs to be accompanied by discussions around the ethics of OSINT as some may use the skills exploitatively or with sinister intentions – both of which require the capacity for one to easily identify.