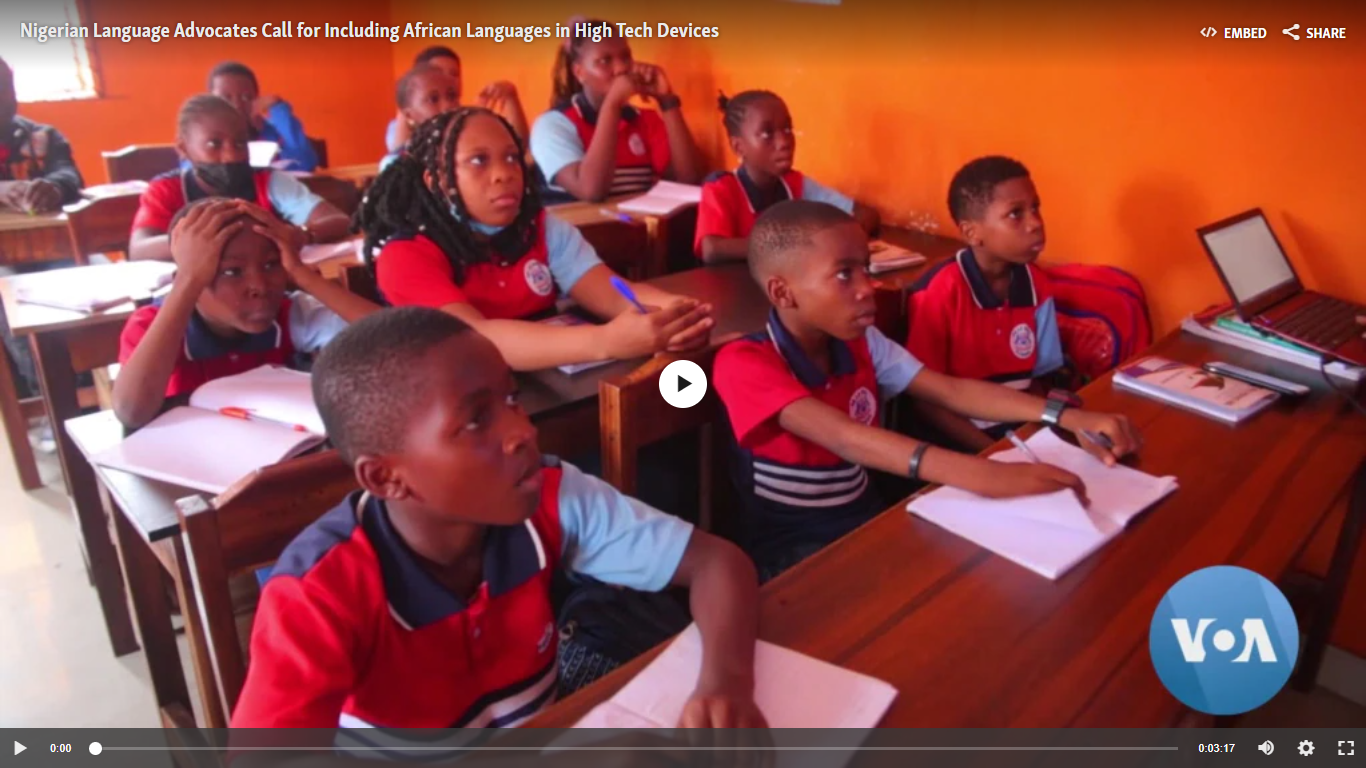 ABUJA, NIGERIA — Voice-activated virtual assistant technologies, such as Siri and Alexa, are becoming increasingly common around the world, but in Africa, with its many languages, most people are at a digital disadvantage. To address the problem, some African researchers are creating translation tools to recognize and promote indigenous languages, such as Yoruba.

Yoruba language teacher Oluwafemi Awosanya resumes a day’s classes with his students. He has been teaching the language for 10 years, but says he often struggles to migrate his class modules to an online students’ blogsite he created because there is no speech recognition technology for Yoruba.

Awosanya spends several hours manually editing and correcting his notes before uploading them to his blog.

He says despite technological advances in Africa, languages like Yoruba, one of the most commonly spoken in Nigeria, remain neglected, affecting his students.

More than 2,000 distinct languages are spoken in Africa. Researchers say two-thirds of the native speakers miss out on emerging technologies due to language limitations in the tech world.

Nigerian writer and language advocate Kola Tubosun says the issue threatens Africa’s technological future. He has since been trying to promote inclusivity for his native Yoruba tongue.

He created an online Yoruba dictionary as well as a text-to-speech machine that translates English to Yoruba. He said the initiative was partly inspired by his grandfather, who could not read or write in English.

“If a language doesn’t exist in the technology space, it is almost as if it doesn’t exist at all. That is the way the world is structured today and in that you spend all your time online every day and the only language you encounter is English, Spanish or Mandarin or whatever else, then it tends to define the way you interact with the world. And over time you tend to lose either the interest in your own language or your competence [competency in that language],” Tubosun said.

Tubosun, who advocates for including African languages in technology, says the tech giants are starting to pay attention even though the gap remains very wide.

Language experts say it will take a long time before African languages are widely adopted in voice-driven technology.

In the meantime, researchers like Tubosun and Awosanya will be working to adapt the Yoruba language for technology users.

This article was first published by the Voice of America (VOA) on January 26, 2022.