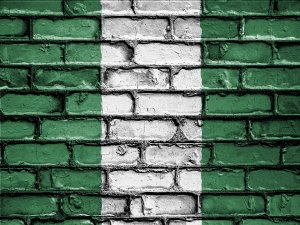 By Babatunde Okunoye and Ashnah Kalemera |

With a population of over 190 million, Nigeria is Africa’s largest telecommunications market, boasting more telephone and internet users than any other country on the continent. Over the past 20 years, the country has transitioned from a military regime to a relative democracy, albeit with human rights challenges,  especially for marginalised populations and increasingly, in the online sphere.

With an internet penetration of 27%, millions of Nigerians have flocked online to communicate and express themselves in ways not possible during the decades of military rule. The internet and social media have become effective vehicles for channelling citizens’ criticism of government, and have also enabled journalists to quickly report and disseminate stories on corruption and poor service delivery.

However, the vigorous online activity of Nigerians has been met with stiff resistance from the political elite. Although sections 38 and 39 of the Nigerian Constitution guarantee freedom of thought and expression, a number of laws restrict free speech. Among them is the 2015 Cybercrime (Prohibition, Prevent) Act. Section 24 of this law which speaks to cyber-stalking is a major instrument for the prosecution of bloggers, journalists and critical voices online.

Similarly, sections 52 and 60 (chap. 7) of the Criminal Code provide that slander, libel and defamation are criminal offences punishable by imprisonment. Accusations of libel are used by state authorities against journalists and bloggers for critical or “negative” reporting. Meanwhile, although the Constitution guarantees the privacy of citizens’ correspondence, Nigeria has no specific legislation that protects data privacy of citizens offline and online.

As a United Nations (UN) member state, Nigeria underwent the third cycle human rights assessment under the Universal Periodic Review (UPR) mechanism during the 31st session of the Human Rights Council in November 2018. In its national report, the Nigeria delegation noted the development of a Cyber Security Strategy with key components on data protection and privacy. It added that the country was in the process of finalising a national action plan on business and human rights “in response to the call by the United Nations to address the negative impact of business on human rights.”

During the session, Nigeria went on to receive a total of 290 recommendations regarding human rights protection at legal and institutional level. Whereas digital rights including the right to privacy and the right to freedom of opinion and expression online were not reflected in the recommendations made to Nigeria, five from Australia, Italy, Canada, Ireland and Chile relating to freedom of association, expression, and privacy are implicitly relevant to the online sphere. Nigeria also received up to 14 recommendations on equality and non-discrimination, with regards to women and sexual minorities, which are relevant to internet freedom.

These recommendations echoed those in previous reviews  that remained largely unimplemented, with the internet freedom landscape characterised by censorship, arbitrary detentions and arrests of journalists, bloggers and citizens for comments made online. Obtaining access to public information also remained a challenge, as did access and affordability to the internet. Read more about UPR and internet Freedom in Nigeria under cycle one and two and recommendations submitted  by the Collaboration on International ICT Policy for East and Southern Africa (CIPESA), Small Media, and Paradigm Initiative

In March 2019, Nigeria went on to accept 240 of the 290 recommendations. It is reported that the Nigerian delegation stated that they did not support recommendations on rights of sexual minorities, on the grounds of being “against national values”. Provisions under section 4 of the Same Sex Marriage Prohibition Act prohibit the “registration of gay clubs, societies and organisations” as well as “the public show of same sex amorous relationship directly or indirectly”. If found guilty, the penalty is 10 years imprisonment.

As internet freedom advocacy in Nigeria continues, including via the push to pass the revised Digital Rights and Freedom Bill, and implementation of the recommendations from the 31st session of the Human Rights Council in preparation for Nigeria’s next UPR in November 2023, it is imperative that efforts emphasise the need for freedom of opinion, expression, association and assembly, online and offline, to be realised for all segments of society – including religious, ethnic and sexual minorities.