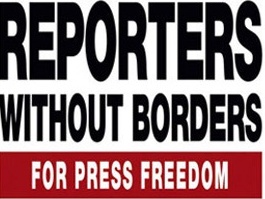 After the “Arab springs” and other protest movements that prompted many rises and falls in last year’s index, the 2013 Reporters Without Borders World Press Freedom Index marks a return to a more usual configuration. The ranking of most countries is no longer attributable to dramatic political developments. This year’s index is a better reflection of the attitudes and intentions of governments towards media freedom in the medium or long term.

The same three European countries that headed the index last year hold the top three positions again this year. For the third year running, Finland has distinguished itself as the country that most respects media freedom. It is followed by the Netherlands and Norway. Although many criteria are considered, ranging from legislation to violence against journalists, democratic countries occupy the top of the index while dictatorial countries occupy the last three positions. Again it is the same three as last year – Turkmenistan, North Korea and Eritrea.
“The Press Freedom Index published by Reporters Without Borders does not take direct account of the kind of political system but it is clear that democracies provide better protection for the freedom to produce and circulate accurate news and information than countries where human rights are flouted,” Reporters Without Borders secretary-general Christophe Deloire said.
Source of information, Reporters Without Borders.