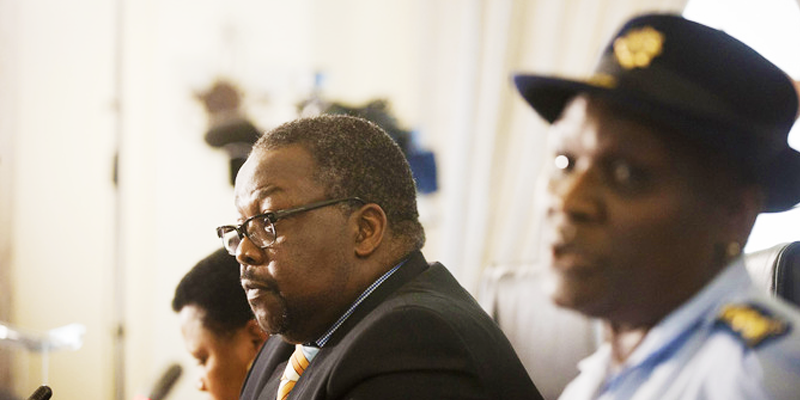 What do OR Tambo International Airport, President Zuma’s homestead in Nkandla, and the Koeberg Nuclear Power Station have in common?

They have all been declared ‘National Key Points’ in terms of the National Key Points Act (NKPA), an obscure piece of apartheid-era law still on South Africa’s statute books. Introduced in 1980 as a response to ‘sabotage’ in Umtata, the law gave the Defence minister a number of with little oversight or accountability. The Act allowed the minister to designate any area or place (from a fuel depot or electricity substation to the South Africa’s Parliament) to be vital to national security and in need of special security. (The also law provided lucrative and highly sought after contracts for private security companies.)

Today, the National Key Points Act remains on our statute book, giving the head of SAPS (and until 2004, the Minister of Defence) the power to declare any place a ‘national key point’ if it is deemed vital to national security. (See R2K’s statement: Right2Know Campaign demands public list of secret ‘National Key Points’)

Once a site is declared a National Key Point, it is governed by strict anti-disclosure provisions: any person disclosing “any information” in “any manner whatsoever” about security measures of a national key point can face up to three years in jail or a R10,000 fine. There is no public interest defence for whistleblowers, and historically the National Key Points Act has been used and abused to stifle access to information.

For example in 2006, the Department of Public Works used the Act to prevent information from being disclosed to the public about an alleged R90 million wall around President Mbeki’s official residence in Pretoria. However, the Nationa Key Points Act has been used to prevent accountability in the private sector as well: for example, activists in Durban have a long-running struggle to get information from the Engen Refinery in South Durban – although there are many concerns about the environmental risks posed by the refinery, its status as a National Key Point has been used to block requests for information, and photographers trying to document environmental hazards at the site have been chased away.

The National Key Points Act also undermines the right to assembly, and has been used to shut down lawful protests – in 2003, police arrested 36 transport workers for demonstrating outside Cape Town International Airport (a national key point) during a Satawu strike, and in 2007 the Treatment Action Campaign was denied the right to hold a protest near the Reserve Bank building.

Finally, the Minister can appoint “such persons as he may consider necessary to assist him in the performance of his functions in terms of this Act,” including “any officer of any department of State or provincial administration.” This allows the Act allows the Minister to share his draconian powers without check.