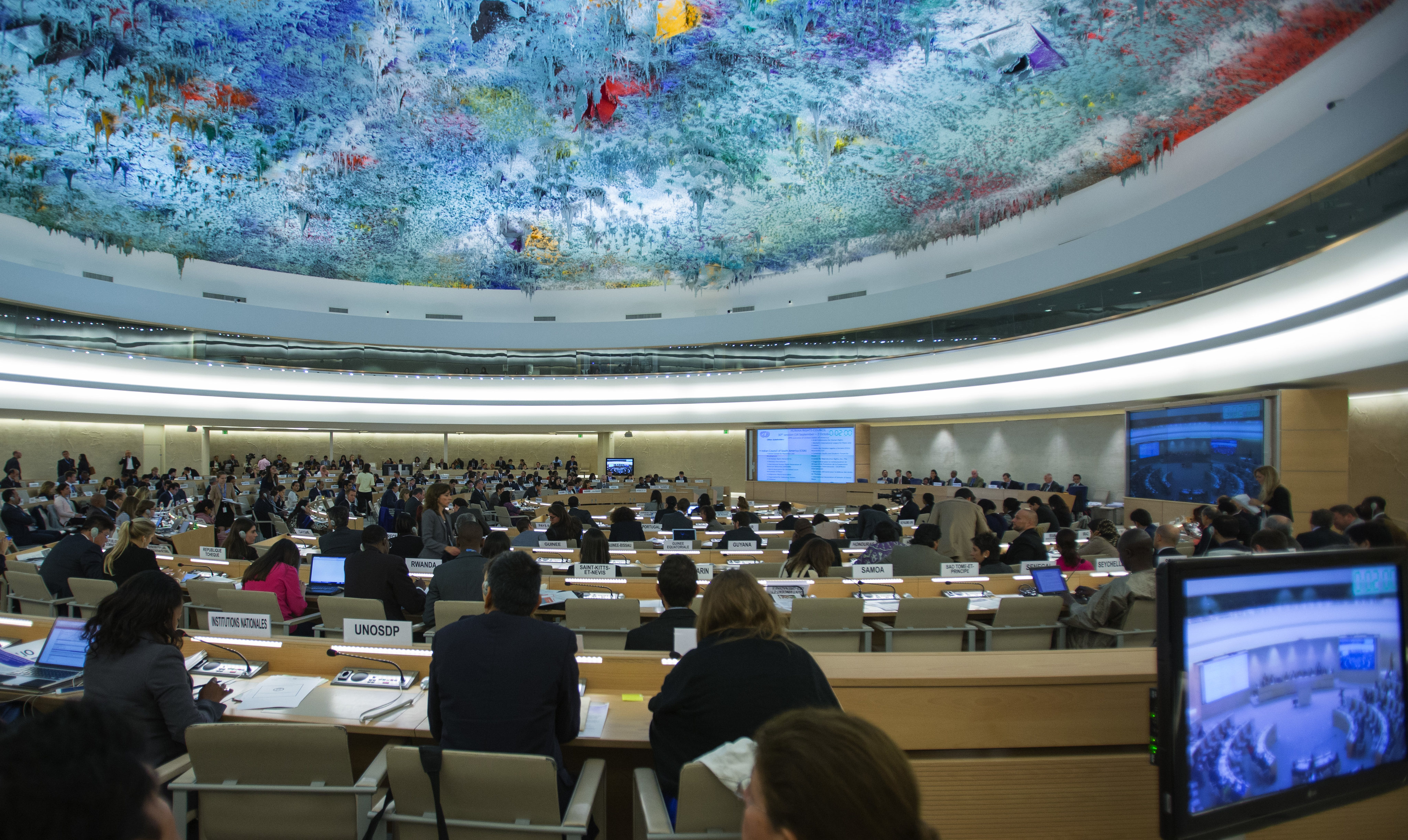 Namibia and Sierra Leone are among the countries that will undergo their Universal Periodic Review (UPR) at the upcoming 38th session of the United Nations Human Rights Council slated to take place in May 2021. The two countries have distinct human rights and governance track records, accompanied by  increasing digitalisation, making it important that the UPR recommendations for both states reflect the need for the protection of fundamental freedoms both online and offline.

Despite being coastal countries with direct connection to  submarine cables, internet penetration rates remain low – 36.8% in Namibia and 13.2 % in Sierra Leone. Namibia continues to suffer from high income inequality which exacerbates internet affordability and  service delivery. These factors contribute to its poor ranking at 84 out of the 100 countries assessed as part of  the 2020 Inclusive Internet Index on internet availability, affordability, relevance of content and readiness. For its part, Sierra Leone ranks at 57 out of 61 countries assessed by the Alliance for Affordable Internet on  internet affordability. Prevailing challenges include poor service delivery and reported  misappropriation of funds.

Out of the 218 recommendations made to Namibia by 88 countries in the second cycle of the UPR in 2016, only one reference was made to freedom of expression and the press. Understandably, it is the highest ranked African country  on the global press freedom index – 23rd in  2019 and 2020 out of 180 countries assessed. Namibian Courts have also been instrumental in upholding freedom of expression and other related rights as reflected in a judgment in which an appeal by the Namibia Central Intelligence Service (NCIS) that sought to stop the publication of an article about corruption was dismissed. Similarly, the Supreme Court in 2018 ruled that the collection of licensed operators’ turnover by the Communications Regulatory Authority of Namibia was unconstitutional since the Universal Service Fund which is provided for by Section 57 of the Communications Act, 2009 (Act No. 8 of 2009) was not operational yet.

Nonetheless, there are freedom of expression challenges in Namibia including government threats to media independence, harsh criticisms of the media, calls to gag social media under the guise of  fighting misinformation and cybercrime, and preferential treatment accorded to state-owned media. Further, there are reported cases of harassment, assault and threats against media practitioners such as the assault of two journalists by the President’s Security Unit during the opening of the Covid-19 isolation facility. During the elections in 2019, there were blatant attacks on media practitioners over alleged influence of elections, while the government warned citizens against bullying and irresponsible use of social media platforms, which purportedly endangers lives. The publication of false or misleading statements on Covid-19 was outlawed in April 2020 with a potential penalty of a fine of up to 2,000 Namibian Dollars (USD 134) or imprisonment of up to six months. Since the outlaw, various incidents of arrests and detention of citizens have been reported.

In comparison, at the second UPR cycle, Sierra Leone received 213 recommendations from 88 countries, of which  seven recommendations were on freedom of expression. Ranked at 85 on the global press freedom index, the country continues to grapple with press freedom as witnessed in the arrests and arbitrary detention of individuals over online expression on allegations of incitement and subversion, false news and defamation. Moreover, the recent Independent Media Commission (IMC) Act 2020 creates room for censorship of media by empowering the Independent Media Commission to shut down media houses on ambiguous grounds of “public interest”. In July 2019, the IMC threatened  to suspend 12 media houses for non-payment of fines.

Progressive developments in Sierra Leone have included the cabinet move to decriminalise defamation and libel by repealing Part V of the Public Order Act . However, there have been instances where freedom of expression online has been undermined. In March 2018, the internet was shut down on the general election day consequently denying party affiliates an opportunity to receive results from the National Electoral Commission, and citizens and the media the opportunity to engage freely at this critical time. This block to digital access to information was contrary to Sierra Leone’s Access to Information law, 2013 which provides for disclosure of information held by public authorities or by persons providing public services. Notwithstanding the 2013 law’s promotion of openness, there are wide ranging exemptions  under Part II. These include, among others, information related  to national security and defense, international relations, investigations and law enforcement, economic and commercial interests related information.

On data protection, both countries are yet to enact legislation, which has left citizens’ right to privacy and personal data at risk of abuse and misuse. Amidst reports of state sponsored surveillance and online violence against women, the draft bill in Namibia has been undergoing consultations since early 2020. Sierra Leone’s Cybersecurity Bill engenders aspects of privacy and data protection. However, it is yet to be passed by parliament.

As part of the upcoming UPR for both countries, it is important to fasttrack the protection of fundamental human rights and basic freedoms both online and offline against the national, regional, and international human rights obligations. Accordingly, the Collaboration on International ICT Policy for East and Southern Africa (CIPESA) and Small Media, together with civil society organisations made joint stakeholder submissions on digital rights in the two countries. The Sierra Leone submission was made in partnership with Campaign for Human Rights and Development International, Sierra Leone Reporters Union, Citizens Advocacy Network and the The Institute for Governance Reform while that for Namibia was in partnership with the Internet Society (ISOC) Namibia chapter.

The submissions among others recommend for the two countries to: