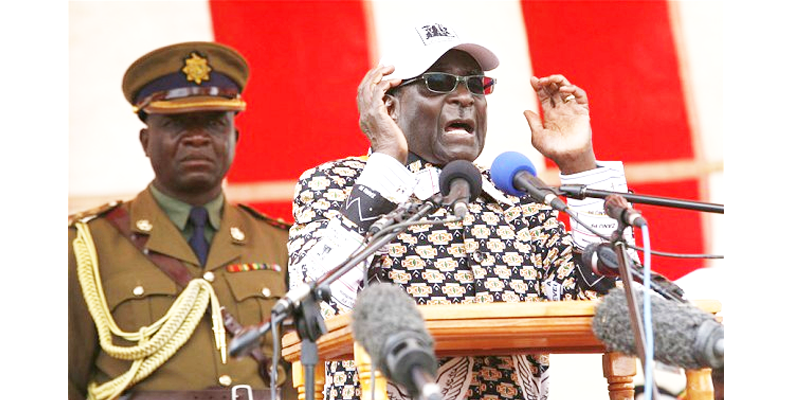 President Robert Mugabe has reportedly offered a $300,000 reward to anyone who can unmask an anonymous whistleblower behind a string of leaks about alleged Zimbabwean government assassination plots, corruption and plans to rig this month’s election.

The well-informed mole, who calls himself “Baba Jukwa” and appears to be operating from within the heart of the regime, began posting revelations on a Facebook page four months ago.

The page has been viewed more than a million times and he has amassed more than 239,000 followers, with hundreds of responses and shares to every update. Efforts to track down the mole have so far failed. His postings have accused government ministers of corruption and senior police chiefs of brutality, publishing their private mobile phone numbers.

Reassuring government statements about 89-year-old Mr Mugabe’s health have been contradicted regularly, so infuriating the president that he offered the reward for exposing the mole – details of which were revealed by Baba Jukwa.

Determined attempts by senior Zanu-PF party officials to persuade Facebook to close the page failed and the president has now reportedly appealed to friends in the Chinese government for technical support to censor the site and identify its user.

The most unnerving postings by the mole — or moles, as seems more likely — were published last month and warned of an assassination plot against a former government minister who was suspected by Zanu-PF of leaking information.

Edward Chindori-Chininga was then killed in a car crash shortly after publicly criticising Zimabwe’s controversial diamond industry. “I told you there will be body bags coming this year… The war has begun,’’ Baba Jukwa posted on his wall after the politician’s death.

According to reports, the minister died when his car hit a tree, and no other vehicle was involved. Opponents of Mr Mugabe in the past have died in similar unexplained road accidents.

The advent of social media in Zimbabwe, which has dramatically influenced political events elsewhere in the world, is predicted to have a significant impact on elections due to be held on July 31.

Most access to the internet is via mobile phones, with more than six million users having direct access in a country with a population of 10 million.

Zimbabweans who follow Baba Jukwa – who signs each update with “Asijiki” which means “We do not retreat” in the local language Shona – say they now have unfettered access to information they have always wanted but were in fear of having.

Under the nation’s sweeping security laws, it is an offence to undermine the authority of the president and national security apparatus.

No matter Khumalo, a Zimbabwean based in the US, who follows Baba Jukwa’s updates, believes it would be too unsafe for the blogger to be based in Zimbabwe. Instead, he says, the mole probably lives abroad and draws on a network of informants, who are probably not even known to each other.

“We do not have Holy Cows any more in Zimbabwe,” he said. “From murders, diamond deals, torture camps, corruption, vote rigging, power struggles, internal thoughts and secrets, everything gets to be known. We feel like there are no more secrets, that we really can be free.”

Those who have been targeted by Baba Jukwa – which means father of Jukwa in Shona – have suffered. Savior Kasukuwere, the youth and empowerment minister, who was accused of involvement in state-sponsored political violence, admitted that he received at least 50 insulting phone calls a day and said his children also suffered.

“They go to school, and somebody is saying ‘Baba Jukwa says your father does this and that’ – they are under emotional stress,” the minister said.

This article was published by The Telegraph on July 14, 2013