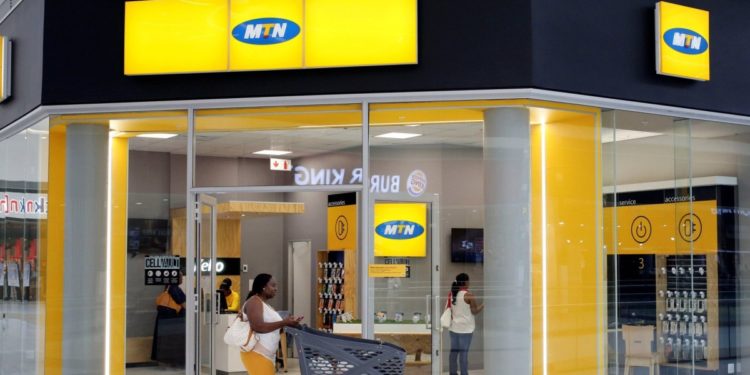 The saga has been uncovered by a private sector organization which leads the fight against counterfeit products as well as services on the African continent.

MTN stands accused of employing incompetent mobile phone repairers under the firm of Phone Doctors Uganda Limited. The company is outsourced by MTN to do the job.

The questionable firm is premised at Imperial Shopping Mall in Kampala. The phone repairers are positioned at the MTN repair booths in Kampala at Acacia Mall, Forest Mall and Mukwano Mall, among others.

According to the organization, MTN is not only using unqualified staff to fix subscribers mobile phones but the same people are operating minus licensing or legal approval.

That by doing this, the company is offending the code of practice and service of electrical and electronic machines and devices US 735:2008 issued by the National Bureau of Standards (UNBS).

We understand that the organization is currently putting together a lawsuit where they intend to spill all the secrets regarding this saga. And that is not all. They also intend to prosecute MTN on the grave charge of sabotaging the country’s security, away from threatening the privacy of its subscribers whose private info is allegedly being exposed by the telecom’s outsourced mobile phone repairers.

The litigants have engaged one of the top law firms in the country to work on the lawsuit. Muwema and Company advocates is the law firm which has been retained by the activists to initiate civil proceedings against MTN. The lawyers kicked off the process by writing to MTN on March 5th, to declare their client’s intention to drag the South African telecom firm to the courts of law. MTN has up to March 12th to remedy the alleged wrongs and pay damages or get ready to be shamed in courts of law.

The subject matter of the dispatch is “Illegal and Unethical operation by Phone Doctors Uganda Limited at Your Service Centers”. The Anti-Counterfeit Network (ACN) is the private sector organization behind the lawsuit whose trial is likely to invite the scrutiny of the Uganda security agencies.

But what exactly is MTN doing or neglecting to do that ends up harming national and private security?  ACN gives what it contends are answers to these questions. According to ACN, MTN is operating phone repair services without qualified staff with no license or approval.

ANC goes on to accuse MTN of operating without a data protection and privacy policy. This omission on part of the MTN, argues ANC attorneys, leaves the integrity and safety of customers’ personal data during the handling and repairs of their handsets unsecured leading to the unlawful disclosures, destruction, deletion, concealment, alternation or sale of subscribers’ data. This breaches the Data Protection and Privacy Act, 2019.

“The above acts of public misfeasance endangers the public and national security of the country,” aver the lawyers. They give a copy of the letter to the Uganda Communication Commission (UCC) who are the regulators of telecom firms, to NITA and UNBS.

But the lawsuit above follows revelations by mobile phone technicians who were employed by Phone Doctors Uganda Limited without being subjected to interviews. They were also being employed without written contracts hence making it possible for their employers to skip paying their social security contribution to NSSF.

The former employees say they would be forced to do card sizing, new sales set up and configurations, internet settings, application installations, data/contact transfer for customers for which they were not remunerated.

The former employees who include Martin Lukiza, Richard Tumusiime, and Rogers Kamugisha among others, are joining ANC to sue MTN for the breaches of its (MTN’s) sub-contractor.

They are accusing Phone Doctors Uganda and by extension MTN of forcing them to pay bribes before job placement, non-payment of wages, failure to avail them with tools of work, failure to provide them with spare parts for the phone repairs or facilitating them with fake ones with its clear implications.

“It is our contention that you are vicariously liable for the above acts and omissions of Phone Doctors Uganda Limited which have occasioned grave loss and damage to our clients,” the attorneys contend.

The lawyers are still compiling the loss and financial damages the above acts and omissions have occasioned on their clients which they shall serve on MTN at a later date.

This article was first published by The Investigator on March 12, 2021.