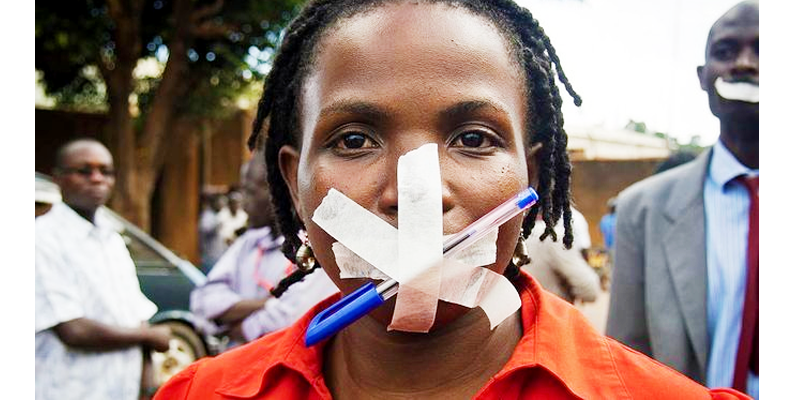 The Media Council of Tanzania (MCT) unreservedly condemns the Government’s decision to close down two national newspapers Mwananchi and Mtanzania, for allegedly publishing seditious stories likely to provoke incitement and hostility with the intention of influencing the public to lose confidence in state organs and create disharmony.

.Mwananchi has been shut down for 14 days while Mtanzania for 90 days from September 27, 2013 in compliance with Government Notices Number 332 and 333.

“The steps taken by the government are very unfortunate and undemocratic and have taken back the country decades back in its endeavor to build a democratic society which respects freedom of expression and of the media.”

Freedom of expression was the most fundamental of all rights and a country that professes to be founded on democratic principles and human rights values like Tanzania should strive by all means to safeguard this basic right.

Mass media allows ordinary people to enjoy this democratic right to freedom of expression and right to information which has been seriously infringed by the banning of the two newspapers. An assault on the press is an assault on democracy.

While the country has in the recent past made major strides towards upholding the citizens’ rights to freedom of expression and information, the gains are being undermined by draconian laws like the Newspaper Act of 1976, which gives immense powers to the minister responsible for information to ban newspapers without recourse to the right to be heard or appeal. Other draconian laws that restrict freedom of expression and of the media and access to information include the National Security Act of 1970 and the Official Secrets Act of 1963 among many others.

The Government should pursue other avenues to redress instances of what it perceives as misrepresentation of its work by the press including dialogue and constant feedback and the use of the mediation services of MCT.

The Council appeals to media stakeholders and the public to support the Councils efforts to lobby for the repeal of the bad laws that suppress freedom of expression and of the media as well as access to information. It is also important for the public to ensure its right to information, freedom of expression and the media was enshrined and guaranteed in the anticipated new constitution.

We also remind media practitioners to strive for the highest standards of professionalism and ethical conduct in the search, processing and publishing of news and information in the media. Professional and ethical conduct is our first line of defense against detractors of freedom of the press. For example matters of faith should be covered with great care and sensitivity. We also caution against flaunting of existing laws which may have detrimental effects because they do exist and the government will use them when it deems fit.