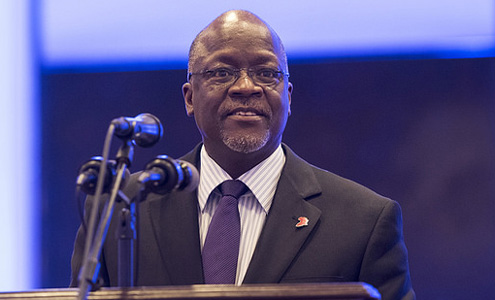 Arusha — A 40-year-old man has been sentenced to three years in jail or pay a fine of Sh7 million after he was found guilty of insulting President John Magufuli on his Facebook page.

The Arusha Resident Magistrate’s Court convicted Issac Abakuki on Wednesday after he admitted committing the offence.

However, the court reduced the punishment after a plea by the lawyer of accused. Abakuki will now be required to pay a penalty of Sh7 million only in two installments.

The court ordered him to pay the first installment of Sh3 million by July 8 and pay the remaining amount by August 8 this year.

“If he fails to fulfill these requirements, he shall serve the jail term,” said Mr Rwezile.

Mr Abakuki first appeared before the court last April for publishing abusive language against the President on his Facebook page.

He has become one of few the people who have fallen into the trap of the widely condemned cybercrime law introduced last year.

This article was first published by The Citizen on 9th June, 2016