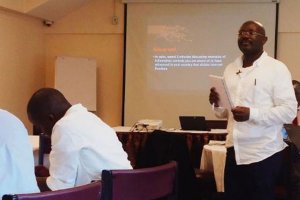 A civil society that promotes effective and inclusive ICT policy in Africa has called for internet freedom in Kenya and responsible use of social media.

The Collaboration on International Policy for East and Southern Africa (CIPESA) has also condemned national and county governments for harassing bloggers, social activists and even journalists who use social media platforms to highlight issues of human rights, corruption and bad governance among other ills.

Speaking during a two-day media roundtable engagement in Nairobi, the CIPESA Executive Director Dr Wairagala Wakabi criticised governments for frequent harassment, legislative hurdles and public campaign to tarnish the reputation of activists who express their opinions on online platforms.

Dr Wakabi urged journalists and mainstream media to advocate for online freedom and free flow of information arguing that many people consume information online than through old media such as newspapers.

He said that despite laws being put in place to govern the use of internet, they had been applied selectively targeting those who do not support the government.

Intimidation by government, he said, had discouraged may people from freely engaging and expressing their views as many turn to self-censorship.

“In the first two months of 2016, upto 10 social media users in Kenya were arrested or summoned by security authorities over their online posts. In 2015 the NGO Coordination Board issued a notice to deregister 959 organizations while in early 2017 the Kenya Human Rights Commission (KHRC) was once again threatened with closure,” said Dr Wakabi.

However, he said they are not against internet restrictions arguing that some of the information and content there posed a threat to national security and privacy and morals of citizens.

He singled out fighting child pornography, terrorism, hate speech, cybercrimes as what the government should be going after rather than curtailing individual freedom of expression.

“There is good reason to control what happens online but the laws in Kenya do not live upto the international best standards,” he said.

This article was originally published in the Daily Nation