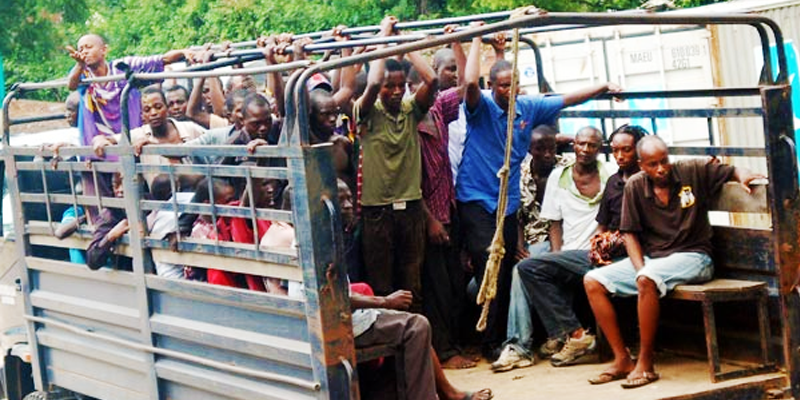 Just when US Secretary of State John Kerry visits Ethiopia, six of the nation’s leading bloggers have been arrested.

On Friday afternoon at 17:00 Addis Ababa time, the mobile phones and inboxes of nine Ethiopian bloggers began to beep and vibrate with frantic messages. One of the members of social media activist group Zone 9 had been arrested – and others were being warned. But the alerts came too late and by the next day, five more bloggers and three journalists had been arrested All nine are in custody whilst police investigate allegations that the individuals have been working with foreign organizations, rights activists, and “using social media to destabilise the country”.

The arrests highlight the highly political role social media now plays in Ethiopia. Officially a democracy, human rights groups have repeatedly complained about the lack of press freedom there. Most of the TV and radio stations are state run. Because of this, the opposition and activists, including those based abroad, have come to dominate social media conversation in the country.

As you’d expect, then, since the arrests a protest hashtag, #Freezone9bloggers, has been tweeted more than 8,000 times. Respectable by international standards, but a top trend in a country where the internet is estimated to reach just over 1% of the population. The Zone 9 bloggers began writing together two years ago and they use the platform to criticize the government, accusing it of human rights abuses and building poor infrastructure for example.

Paul Brown from BBC Monitoring says that the crackdown seems to be a response to a statement from the group posted on 23 April on Facebook. Zone 9 wrote that they would resume their blogging after several months of inactivity. He says that the arrests “suggest that the government is taking online activism seriously – probably because elections are due next year.” The Ethiopian government has not responded to BBC Trending’s invitations to comment but Getachew Reda, an advisor to Prime Minister Hailemariam Desalegn, told Reuters that these arrests “have nothing to do with journalism but serious criminal activities”. The arrests come just days before the scheduled visit of US Secretary of State John Kerry, which is now set to take place today.