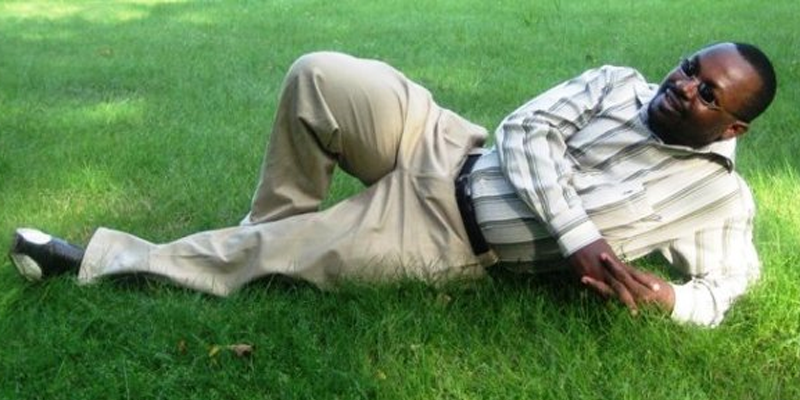 Ntwali John Williams the editor of Ireme vernacular website has dismissed media reports that claim he has fled the country yet he is in Kigali. But told IGIHE he was extremely worried about his safety following a series of reports about his whereabouts.

The latest Post on his Facebook page reads; “I am extremely worried of information since last week that I’m either arrested or fled the country,while I’m around.What’s behind the scene?”

Mr. Ntwali and other three senior Rwandan journalists have been reported missing. Some other media outlets reported that the quartet has fled the country and sought asylum in host countries including France.

Inn an exclusive phone interview with IGIHE today, Mr.Ntwali said in a firm voice “I’m worried about media reports about my whereabouts. Iam in Kigali and have not fled the country. I don’t know the motive of the media reports but have duly informed Police.”

IGIHE: have you heard or read what is being reported about you?

Mr. Ntwali: Yes, I have been told by many people and have also read some of the articles

However, i have been telling those asking me about these reports that i cant say much because i don’t know the motive behind such reports. Iam currently trying to find out the source of these reports and where all this is leading to.

Am currently in touch with government authorities over the matter. After two hours i might make a statement on the matter. I don’t want to rush into making statement”

IGIHE: Where are you now?

Mr. Ntwali: I am in Kigali, previously I was in Uganda where I had gone to the newspaper to printer but suspended the plan owing to what I had heard.

IGIHE: Do you know have any knowledge of the whereabouts of other Journalists allegedly missing?

Mr. Ntwali: I don’t know anything about their whereabouts. My phone has been off for sometime and this could have pushed people to think I had fled.

My problem is that am so much worried about the reports that claim I have been arrested or have fled the country yet I’m actually in the country.

IGIHE: Why is your MTN line inaccessible?

Mr. Ntwali: When I was in Kampala something suspicious happened. I lost my documents, a flask disc and cell phone with all my contacts and money.

When I returned to Kigali, I wasn’t in a hurry to communicate with anyone on my old phone address. I had to acquire a new sim-card.

I wasn’t so much in need of communicating with anyone. I acquired a new line which would help me communicate with real friends and not pretenders.

IGIHE: Recently you publicly distanced yourself from the management and content of your own website saying it had been corrupted and hacked by unknown people. What exactly is going on?

Mr. Ntali: I haven’t regained control of my website. I can’t really explain how my website was snatched but my safety comes first. It’s what I have to work on before I would consider making a follow-up on the website issue.

IGIHE visited Gateras home in Kanombe sector. Neighbours said they have not seen Gatera for sometime and he didn’t inform them he would be away this long. His house was locked.

It has been reported that Gatera had been released recently after spending one night in custody on corruption charges.

The media claims further that after Gatera’s release on April 17, he allegedly fled the country on concerns of his safety. His phone has persistently been off.

Eric Nduwayo, the publisher of Isimbi newspaper is also rumoured to have fled the country and currently enroute to his final destination in France.

Meanwhile the Rwanda Media commission has acknowledged that the journalists are not in the country.