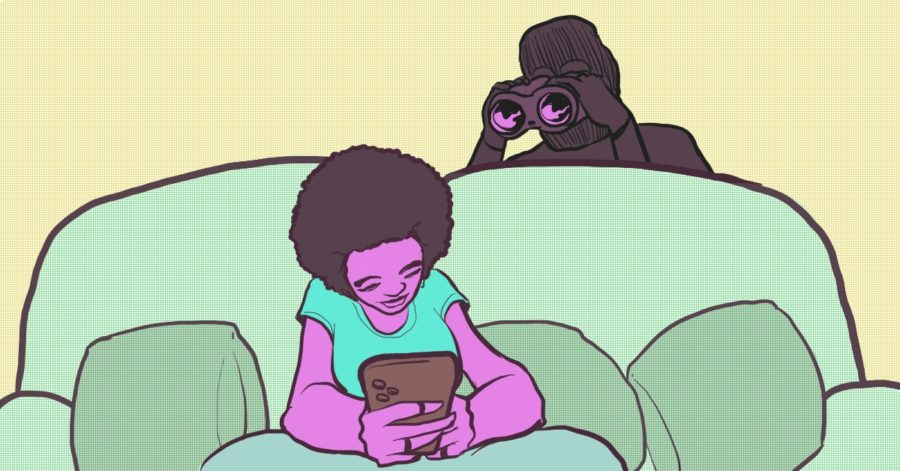 It was some time in 2018 during my final year at university. I had just been selected as the first female Entertainment Director of the Catholic University of Malawi. A new academic year had just begun, and the annual ritual of a typical show to welcome the first-year students was on, under my responsibilities.

I was in charge of registering those interested in performing in the show, which meant that my phone number appeared on each and every poster announcing the event. I received calls and messages from different people and never once thought that to share my phone number with the public would bring me any trouble.

The show was successful, and we were now a few months to the end of semester examinations. The one night after my group discussions at around 9:00 pm, I received about 4 phone calls from different unknown numbers. They were all men or at least sounded like men. They all asked how much I would charge for them to have sex with me.

I was shocked and angry. These calls literally came one after the other.

It didn’t make sense. I walked back to my room thinking maybe it was a prank by some of my friends. Back in the room, I sat down and opened my WhatsApp to find a flood of nasty messages from different numbers, both national and international. Men from different parts of the world had access to my number, and I didn’t understand how it had happened. Some even sent pictures of their penises. It was a traumatising experience.

Shortly after my family members and friends started to call wondering why the number was being circulated. That’s when I learnt that my phone number had been put together with other 245 contacts of young women, unknown to each other, and had been leaked into one WhatsApp group.

Public shaming and harassment on and offline

People labelled us; added us to di fferent WhatsApp groups and called us all sorts of names. Messages kept flooding my inbox. “I want to sleep with you,” “how much for a night?” “Send me naked pictures of yourself.” I didn’t know how to feel. People, even within close circles, had different reactions and social media was a storm. We were being bullied on social platforms. The 246 contacts were labelled ‘the easiest young women/girls to sleep with or to have a good time.’

It was not only a blatant breach of privacy but also defamation of character and reputation. I didn’t know who had done it and who to report to. I deleted my WhatApp that night because I couldn’t stand the messages anymore.  However, the bullying outside the online world didn’t stop. At the university, everyone gave me looks. There was a lot of chatter with “there is no smoke without fire.” I later learned that I wasn’t the only person whose number had been leaked at the campus. Still, I was definitely well-known because of my role as the entertainment director in the students union. I couldn’t run away from it all.

A few days later, I went back to my WhatsApp, and this time it got worse. The men had even switched to video calling me. Our contacts had also been circulated on other platforms like Twitter, Instagram and Facebook. The bullying became worse on social media, my family was also affected with many of them not willing to hear or listen to my side of the story. My boyfriend ended our relationship in the midst of this. It was an emotionally exhausting place.

I was determined to not be pushed off my number and the app, so I started blocking the unknown numbers once they called or texted. It was a huge workload and mentally exhausting. Since the contacts were being circulated on different platforms and this became a big topic around the nation.

Finally, the Young Feminist Network WhatsApp group, which I was already part of, brought it up. The network seeks to create a safe space for Malawian youth to have a dialogue regarding gender issues, human rights and to engage in activism for social justice. The intention was to know and understand what had happened and how our numbers leaked. From this group alone, I met about six other victims under the 246 contacts. It is here that for the first time, I found positive energy from the members. They encouraged us not to panic after several weeks of torment.

Weeks later a young man confessed on Twitter and apologised saying the leaking of the 246 contacts wasn’t intentional. Once screenshots of his tweet and his pictures circulated, it turned out he was one of the performers at the first years’ show I worked on. He clearly had accessed my number as he was registering.

Before this violation, I was aware of cyberbullying being illegal in Malawi, but I knew it was an issue that often isn’t taken seriously. I had never heard or seen any case of someone being arrested because they were violent towards someone online. Yet it was and still is very common.

All the young women that were targeted in the contact leakage formed a WhatsApp to demand an explanation from the young man. He then released a video apology claiming the contacts had been exposed as part of a ‘truth or dare’ game with friends who urged him to share all contacts of women in his phone.

I wasn’t satisfied with his explanation because my reputation had been ruined, and the mental torture this exposure brought had been enormous. The Young Feminist Network issued a support letter condemning the actions and also linked us to relevant authorities in the police, Malawi Human Rights Commission and legal practitioners.

Personally, I wanted justice – and I tried to seek it. But the police declined, insisting this was a violation against a group of people; therefore, it needed several victims to come forward and accuse the young man for the case to be registered. Once the police turned me down and demanded a group report or no justice, most young women dropped off. I remember once on the WhatsApp group someone said, “if he gets arrested, you guys will feel guilty for the rest of your lives. His future will be ruined, and I do not want to be a contribution to that.”

The case was dropped because very few of us were willing to stand up against him. It was not, and it still isn’t easy to know I wasn’t accorded justice. It bothers me even today. A day never goes by without me receiving 3-5 messages on WhatsApp from strangers- and they are all male. The harassment continues, so I just block them.

Online violence has a daunting psychological impact on victims, even more so, because it’s more than a one-time event.

You are continually bullied and harassed long after the first exposure and justice is another long interminable wait. I remember one of us actually attempted suicide through a drug overdose as they struggled to cope with this leaking of their contact and subsequent bullying and harassment. Her parents did not believe her when they came across the contact list from a church group.

Reporting such violations against women remains a tall order. The police make it difficult for victims of online violence to report. Without organising and pushing from legal practitioners, human rights movements, individuals who face these violations have no much recourse. The public meanwhile remains unaware of the gravity of these crimes and the victim-blaming continues. Holding the violators accountable and ensuring comprehensive psychosocial support for victims remains far from the reach of many.

This article was first  published by the African Feminism on June 02, 2020.