Hanging in the Balance: Online and Offline Freedom of the Press in Guinea 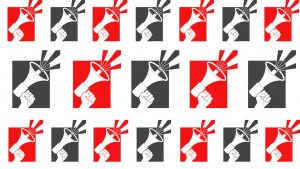 Hanging in the Balance: Online and Offline Freedom of the Press in Guinea

Guinea’s media landscape boasts over 70 media outlets including streaming media, radio, television and print media. Yet still, the country does not score highly on international press freedom indices – it is ranked 107 out of 180 countries in the 2019 World Press Freedom Index. Nonetheless, the country’s growing internet penetration from 0.4% in 2010 to 33% in 2018 is favourable for the free flow of information through online spaces such as blogs and social networks.

Given the rapid growth of Internet users – from 42,000 users in 2010 to four million users in 2019  – the internet is fast becoming a  primary mode of accessing information for many people in the country. However, the government’s high-handed controls over traditional media are extending into the online sphere, evidenced by a series of arbitrary arrests and detentions, coupled with the persecution and judicial harassment of journalists and bloggers.

A continuing persecution of journalists and the press outlets

In August 2019, the Guinean government placed two journalists, Lynx FM talk show host Souleymane Diallo and Lynx FM CEO and journalist Boubacar Alghassimou Diallo, under judicial control. The two were accused of “complicity in disseminating data likely to disturb public safety”. The allegations stem from an interactive radio show, during which an auditor accused a Guinean official of embezzling military bonuses related to a mission in Northern Mali. Under judicial control, the two journalists are prohibited from travelling outside of Guinea’s capital Conakry without authorisation from a judge. They are also not allowed to host the radio show in question until further notice, and are required to  appear in court three times per week. In the same month,, several press associations demonstrated against the state- led suffocation of the media.

Earlier in March 2019, Lansana Camara, a journalist with conackrylive.info, was summoned for “defamation by the press” after a complaint by the Ministry of Foreign Affairs and elements in the Guinean diaspora. Camara was placed in custody for a week on allegations of publishing an article undermining the Guinean government. The article (deleted following his arrest) reported an alleged diversion of two billion Guinean Francs (GNF), equivalent to USD 215,700, that had been budgeted for fuel for the Guinean Department of Foreign Affairs.

Martine Condé, the President of the High Authority of Communication (HAC) –  the national independent media observer and regulator constituted under  Law N° L/2010/002/CNT/ of June 22, 2010 – denounced Camara’s incarceration as a flagrant violation of the law on freedom of the press. A similar press freedom reprimand was issued by the Guinean Association of Online Press (AGUIPEL) back in June 2018 after the arrest and detention of Mamadou Saliou Diallo, founder of Nouveleteeguinee.com, on accusations of “defamation and slander” following a complaint by Cheick Sako, the Minister of Justice.

But the HAC does not always appear to act in the interests of media freedom. In 2017, the HAC took a decision to suspend a private radio station, Espace FM, for seven days, accusing it of disseminating “information likely to undermine the security of the nation, the morale of the armed forces and public order”. HAC’s decision was pursuant to articles 39 and 40 of Law N° L/2010/002/CNT/ of June 22, 2010 on freedom of the press which states: “The High Authority of Communication exercises a right of general control over public, private and community media […]. When the provisions of the law on communication are not respected, [it] can take the following measures: warning, notice of default, suspension, permanent withdrawal.” The same year, a dozen journalists were assaulted by law enforcement officers, with reports of destruction of equipment and torture.

Previously in 2016, the Guinean press was shaken by the assassination of El Hadj Mohamed Diallo, a journalist for the news website Guinee7.com, during a political rally of Guinea’s main opposition party, the Union of Democratic Forces of Guinea (UFDG). To-date, the case remains unsolved, despite  investigations.

An inadequate and flouted legislative framework

The Guinean Constitution guarantees  the right to freedom of expression, opinion, belief and thought, as well as freedom of the press as being inviolable, inalienable and imprescriptible. It also guarantees the right of access to public information. According to Article 7, everyone is free “to express, to manifest, to disseminate their ideas and opinions by speech, writing and image, […] to educate and inform themselves from sources that are accessible to all. Freedom of the press is guaranteed and protected. The creation of a press or media outlet for political, economic, social, cultural, sporting, recreational or scientific information is free. The right of access to public information is guaranteed to the citizen.”

However, there are a number of laws and policies that undermine the rights and freedoms guaranteed under the Constitution.

The Organic Law N ° 002/22/06/2010 on the Freedom of the Press enacted in 2010, sets the conditions for press freedom and the creation of a free and independent media in Guinea. Article 1 explicitly guarantees the freedom of “the written press, the online press, publishing, printing, bookstore, audiovisual, photography, cinema and all other forms of communication”. Offenses by the press or by any other means of communication are outlined under Articles 98-122. The only penalties provided for under the law, upon conviction, are the payment of a fine (the maximum being 20 million GNF, equivalent to USD 2,200), and the suspension or withdrawal of a media outlets’ license, with possibility of appeal before the Supreme Court.

There are no provisions for possible imprisonment of journalists. For instance, the law states that, “defamation, by one of the means set out in Article 98, against the courts, the military and paramilitary bodies, the constituted bodies and the public administrations, is punishable by a fine between 1,000,000 GNF and 5,000,000 GNF (USD 108-540).”

However, the press law and Penal Code (1998) conflict with each other on some  press offences. Article 99 of the press law states that incitement to theft, murder, looting and offenses against the security of the state, with incitement followed by effect, is an offence and “perpetrators are punished as accomplices” in accordance with Articles 271 and 273 of the Penal Code.  Article 271 of the Penal Code provides for prison sentences of between 10-20 years while Article 273 provides for penalties of imprisonment of 16 days to six months, a fine of 50,000 to 100,000 GNF ( (USD 5.5 to USD 10.9) or both. Notably, neither the press law nor the Penal Code are cited during the prosecution of journalists and bloggers. Instead, authorities rely on the cyber security law.

Law No. 037 on cyber security and the protection of personal data was adopted in July 2016, “to define the rules and mechanisms to fight against cybercrime in Guinea and thus create a favourable, conducive and secure environment in cyber space”. However, it is criticised as a threat to democracy and the digital rights of Guinean citizens because it legitimises online censorship and appears to criminalise whistle-blowing. Indeed, it is this law, and not the press law, which is currently being used to persecute journalists. According to Mohamed Traoré, former president of the Guinean Bar Association, the cyber security law is “unenforceable” because it has not been registered and published in the Official Gazette.

Meanwhile, the Bill on Access to Public Information was approved at the Council of Ministers on July 26, 2019, but there has been no further action on it since then. The lack of an access to information framework negatively impacts journalism, and transparency and accountability in governance. Passing the bill into law would facilitate reliable sources of information for investigative reporting, as well as research, and enhance civic participation.

Which way for a free press in Guinea?

Guinea’s press law reflects the political will to ensure a free, independent and pluralistic media in the country. Further, growing internet penetration has facilitated media diversity. However, persisting acts of repression and intimidation of journalists and bloggers are in total disregard of the Freedom of the Press Act which decriminalises press crimes, and online critics remain exposed to harsh penalties emanating from the cyber security law. In addition, the current inadequacy of the supporting legal framework, and stagnation of the bill on public access to information, limit media’s contribution to democratic governance. For a conducive freedom of expression environment to thrive in Guinea, it is imperative for the government to adopt an adequate legal framework and ensure its enforcement at all levels.