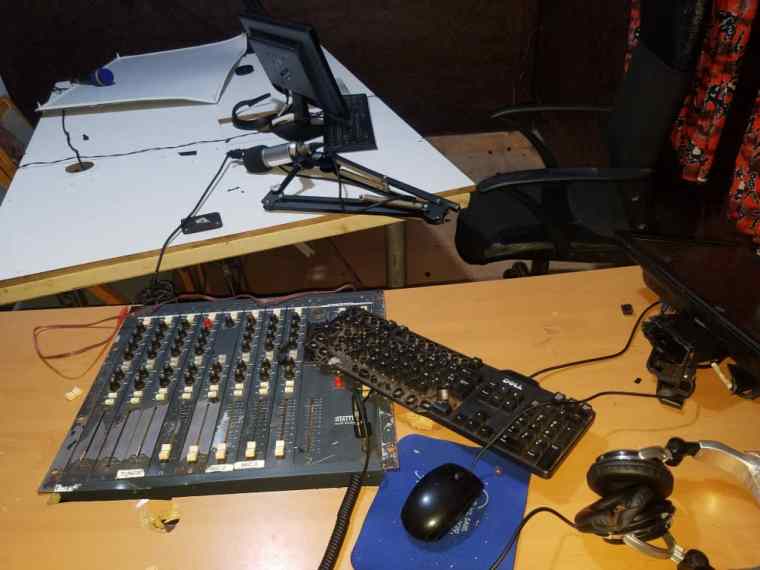 Freedom of the press and of expression received some impetus with the advent of democracy in 1994 when the first presidential elections were held with General Joao Bernardo Vieira emerging victorious. The national radio, the RDN and the Nö Pintcha Journal were the only state news organizations that had held a news monopoly since independence in 1974. With the advent of democracy followed the emergence of the private press, notably with radio Pindjiquiti and the newspaper Diario de Bissau.

The newspaper sector however, has been relatively sluggish. Owing to the economic crisis in which the country has been stuck since its accession to independence, coupled with the lack of readers due to a high percentage of illiteracy, the newspapers appear only on a weekly basis. The media in general is prone to self-censorship as a result of the absence of a democratic culture.

With average monthly salaries of only 25,000 CFA francs (about USD50) journalists are forced to openly join political parties in order to be able to meet their daily needs. The salaries of journalists are so low that it is still difficult to guarantee freedom of the press and of expression.

The 2020 presidential elections were marked by an electoral dispute which reached its climax with the appeal for annulment of the second round of the ballot. On February 27, shortly after the confirmation of his victory with 53.5% of the votes cast, Umaro Sissoco was sworn into office as head of state. The losing party also inaugurated a rival president, who resigned a few days later citing threats on his life.

The national radio and television broadcaster which refused to cover both inaugurations in view of a pending legal challenge to the election results, paid a heavy price for its principled stand. Soldiers suspected to be loyal to Umaro Sissoco stormed the premises of the broadcast organisation, evacuated the staff and shut down both the national radio and television channels.   Subsequently, the new government sacked the directors of the two media outlets.

These early signals raised concerns about possible repression of press freedom under the new administration. Unfortunately, events over the past four months appear to confirm the initial fears.

On July 26, the capital radio station, which broadcasts an interactive daily program allowing the public to express themselves on political, economic, social and current affairs, was ransacked and silenced. The station offers one of the most uninhibited platforms for critical assessment of governance and public service delivery.

“The group totally destroyed the Radio equipment, transmitter, computers, mixing console and studio chairs,” the radio station announced through a statement signed by its Executive Director, Lansana Cassama. The station added that “this act occurred after several threats were made against Radio Capital FM which were reported in due time to the appropriate authorities.”

Following the attack, the Interior Minister, Botchá Candé visited the offices of the ransacked station and promised the management that thorough investigations would be conducted into the incident. In solidarity with the besieged media outlet, thirty private radio stations in the capital suspended their broadcasts for 24 hours. Nevertheless, three months after the incident, no redress is in sight.

In August 2020, a critical blogger, Danilson Ferreira, was arrested, beaten up and thrown into the cells of the Judicial Police for a week. Upon his release, Ferreira left the country to take refuge in Lisbon, Portugal.

On the night of October 6, 2020, a group of unidentified armed men picked up Kéba Sané and Carlos Sambou, two bloggers who are fierce critics of Sissoco regime. The bloggers subsequently reported that their captors were led by Trcherno Bari, the head of President Umaro Sissoco security, and that they were subjected to physical abuse at the premises of the presidential palace. The government has denied the allegations and promised to investigate the reported kidnapping.

Following these incidents, Guinea Bissau’s Human Rights League (LGDH) accused the Interior Ministry of sowing terror and violating the fundamental principles of the rule of law and democracy by sending security officers to kidnap, beat and detain two bloggers. The LGDH added that, it held President Sissoco morally responsible for the kidnapping.

Adao Ramalho, a journalist with Capital Radio and the private Bombolom FM radio station, is facing threats of legal action from Maquilo Bayo, the Press Secretary of the Minister of Interior. The journalist had reported he had information about systematic sexual harassment of newly recruited women into the police and armed forces. Bayo has denied the accusation and threatened to sue the journalist and the director of Bombolom FM radio if they do not provide evidence to back their claims. The journalists however insist that the report is based on information from victims whose identities cannot be disclosed.

The Media Foundation for West Africa is deeply concerned about these recent attacks on press freedom in Guinea Bissau and calls on the authorities to take steps to stem the tide of repression. The seeming lack of progress regarding investigations into the attack on Radio Capital three months on, is unacceptable especially when the perpetrators allegedly wore police uniforms, thus implicating the police service. We therefore urge the government to ensure that investigations into that incident and subsequent ones highlighted in this report are thorough and decisive, leading to the arrest of the perpetrators.

Guinea Bissau, like many developing countries, faces very daunting challenges with economic development, democratic consolidation and national cohesion. The government needs the support of the media to be able to mobilise the population for a successful fight against the challenges.  Consequently, the MFWA urges the government of President Sissoco to warm up to the media and make it an ally in its efforts to tackle the myriad socio-economic problems confronting Guinea Bissau.

This article was first published by the Media Foundation for West Africa (MFWA) on October 30, 2020