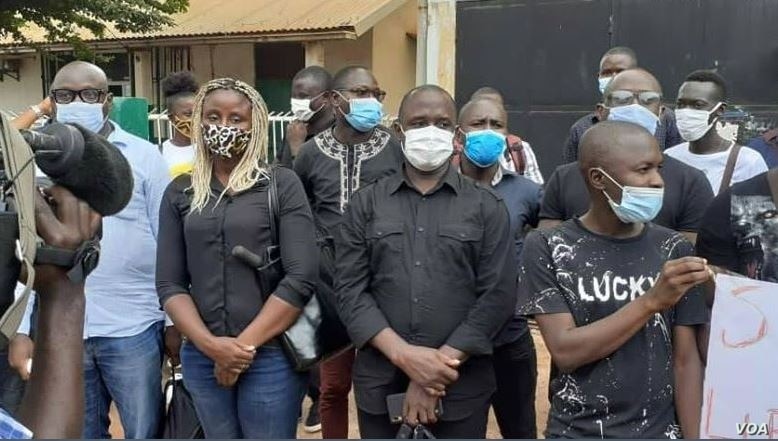 Thirty radio stations in Guinea Bissau suspended broadcast for 24 hours. The act was in solidarity with Radio Capital FM after a disturbing attack on the media outlet.

Seven privately-owned and 23 community radio stations across Guinea Bissau took part in the act termed “a day of silence”. About thirty journalists also gathered in front of Capital FM’s offices in Bissau to denounce the attack and to show support for the beleaguered radio station.

Radio Capital FM was crippled by an attack from uniformed men which resulted in the destruction of its equipment such as  transmitter and mixing console. The attack followed several threats to the station which its Management says were reported to the police.

“We needed to express our indignation; to send a strong message to the perpetrators that we will not be silenced. It is also to alert the authorities that we will not accept anything short of thorough investigations into the incident and the prosecution of the culprits,” Indira Correia Balde, President of the journalists’ union Sindicato de Jornalistas e Técnicos de Comunicação Social (SINJOTECS), told the MFWA.

The Police have given no update on the state of the investigations they claim to be conducting. SINJOTECS, national partner organisation of the Media Foundation for West Africa (MFWA), which organised the radio blackout protest has given the police up to August 12 to give and update on the incident.

The fact that the attackers were in police uniform lays a huge responsibility on the Police authorities, as the incident affects the image of the service. It is in the interest of the Police to demonstrate that they do not condone the outrageous conduct. And they can do that only by ensuring  the perpetrators, together with whoever might have given the orders for the attack, face the full rigours of the law.

The MFWA therefore urges the Police and the government of President Umaro Embalo to respond appropriately to this incident which is a test of their commitment to fighting impunity for crimes against the media.

This article was first published by the Media Foundation for West Africa (MFWA) on August 12, 2020