GILAB (aka the Spy Bill) is back in Parliament 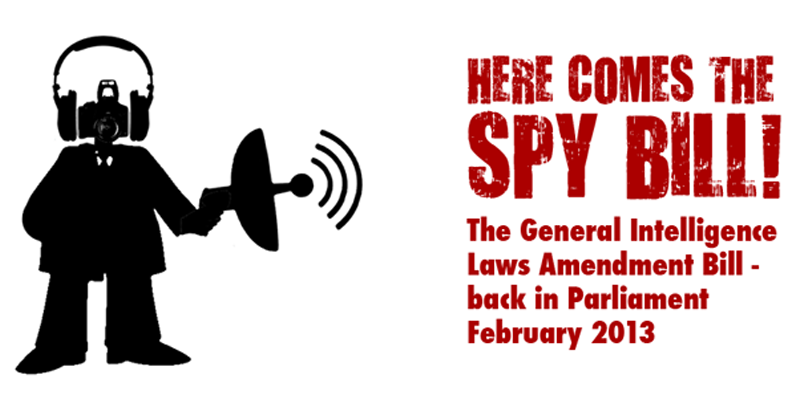 GILAB (aka the Spy Bill) is back in Parliament

On Tuesday 12 February 2013, the Parliamentary committee dealing with the General Intelligence Laws Amendment Bill (the so-called “Spy Bill”) starts work again, aiming to adopt the Bill by 20 March 2013. The Right2Know Campaign remains opposed to the provisions of the Bill and will continue to monitor its progress through Parliament.

Why does R2K oppose the “SpyBill”?

We believe the GILAB, in conjunction with other measures such as the Secrecy Bill, points towards of a trend of ‘securitisation’ of our democracy, where ‘national security’ becomes a justification for an increasingly politicised and unaccountable securocratic elite.

How you or your organisation can get involved?

The Right2Know Campaign needs additional volunteers to track the GILAB through Parliament and report back to R2K structures and partners on its progress. To get involved, contact Vinayak Bhardwaj ([email protected] or 079-165-8873).