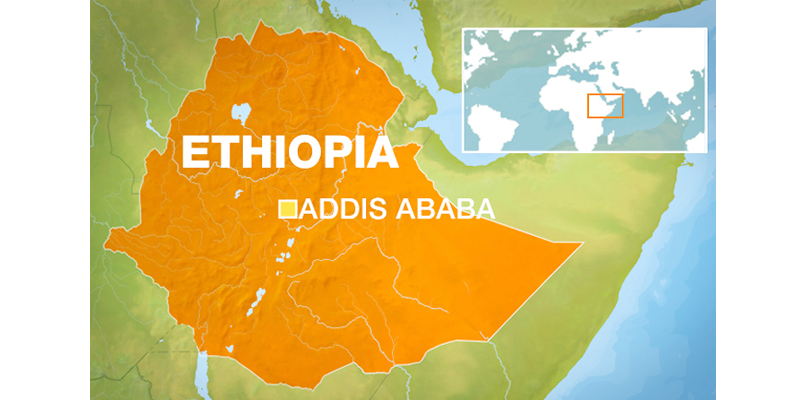 The Ethiopian government has arrested six independent bloggers and a journalist in what human rights group Amnesty International has called a “suffocating grip on freedom of expression”.

Six members of independent blogger and activist group ‘Zone 9’ and a prominent Ethiopian journalist were arrested on Friday in the capital Addis Ababa.

All six bloggers were arrested at night by armed security forces and taken from their homes to the Federal Police Crime Investigation Sector ‘Maikelawi’, where political prisoners are alleged to be held in pre-trial, and sometimes arbitrary detention.

The Zone 9 group who are said to be very critical of government policy and have a strong following on social media had temporarily suspended their activities earlier this year after accusing the government of harassing their members.

According to Ethiopian journalist Simegnish Yekoye, Waldyes is being denied visitation by friends and family and it’s unclear what prompted his arrest and what charges he is being held under.

Simegnish Yekoye told Al Jazeera she was unaware of why the government had clamped down on journalists and their was growing fear on the future of a free press.

“I am very scared, I don’t know what’s going to happen next,” she said.

Ranked 143 in the 2014 Reporters Without Borders press freedom index, media watchdogs say 49 journalists fled the country between 2007 and 2012 to evade government persecution.

Human rights group Amesty International criticised the arrests, saying “these arrests appear to be yet another alarming round up of opposition or independent voices”.

“The Ethiopian government is tightening its suffocating grip on freedom of expression in a major crackdown which has seen the arrest of numerous independent, critical and opposition voices over the last two days”, Claire Beston, Ethiopia researcher at Amnesty International, said.

Al Jazeera’s Mohammed Adow reporting from Bahir Dar said it was unclear what will happen to the detained journalists.

“There are scores of journalists currently serving between 14 and 27 years in prison with some charged on terrorism offences.”

This article was first published by ALJAZEERA on April 26, 2014