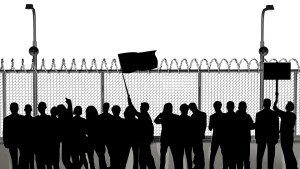 As technology evolves, so do the ways in which society assembles and interacts. This is often accompanied with convenience and lower costs of communication which have a far reaching implications on how people acquire knowledge, do business, participate in governance processes and seek social, economic and political change. However, alongside this is the proliferation of affronts to the use of online tools including for freedom of association and assembly (FoAA), resulting in the need for consistent efforts to promote and protect these freedoms.

On 21-22 February, the Collaboration on International ICT Policy for East and Southern Africa (CIPESA) alongside the International Center for Not-For-Profit Law (ICNL) and the Civil Society Reference Group (CSRG) hosted 35 civil society organisations drawn from 18 African countries to identify challenges to protecting the right to freedom of association and assembly in the digital age and develop recommendations and strategies to counter such threats.

Among the issues raised were the persisting digital divide; the proliferation of restrictive policies, laws and regulations; network disruptions; government surveillance amidst insufficient privacy and data protection; online violence against vulnerable groups including women and the LGBTIQ community; social media content moderation policies and algorithms; as well as increasing disinformation.

In July 2018, Uganda introduced a social media tax, while in August 2018, Zambia’s cabinet endorsed the introduction of  a daily tax on internet voice calls. Meanwhile, in July 2018, Egypt introduced a law that treats any social media user with over 5,000 followers as media outlets, thus exposing them to prosecution for publishing false news or incitement to break the law. Another form of online content regulation was utilised in Tanzania where a law was introduced in March 2018 which obliges bloggers, owners of discussion forums, as well as radio and television streaming services to register with the communications regulator and to pay hefty licensing and annual fees. Network shutdowns have also become commonplace, mostly happening around election times or during public protests.