Digital Rights Prioritised at The 73rd Session of The ACHPR 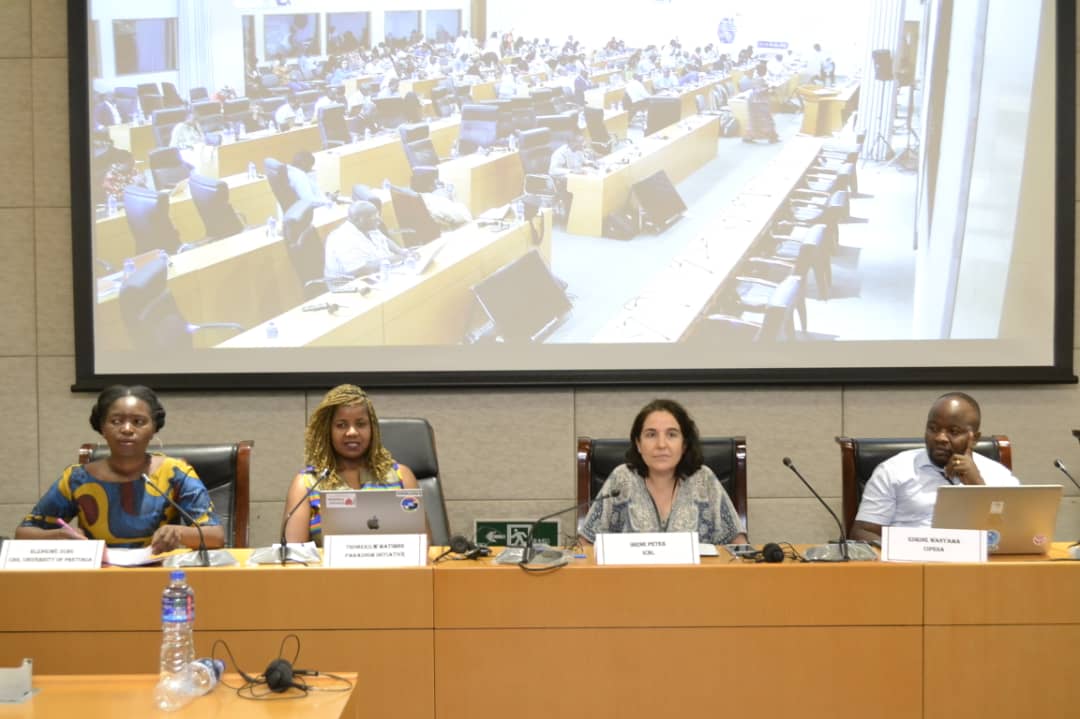 Digital Rights Prioritised at The 73rd Session of The ACHPR

Digital rights as key to the realisation and enforcement of human rights on the African continent was  among the thematic focus areas of the Forum on the Participation of NGOs in the 73rd Ordinary Session of the African Commission on Human and Peoples’ Rights (ACHPR) held on October 17-18, 2022 in Banjul, the Gambia. Under the theme “Human Rights and Governance in Africa: A Multi-Dimensional Approach in Addressing Conflict, Crisis and Inequality”, the Forum also featured thematic discussions on conflict, the Africa Continental Free Trade Agreement, the environment, climate change, gender-based violence, post Covid-19 strategies and civic space for human rights and good governance.

The Forum on the Participation of NGOs in the Ordinary Sessions of the ACHPR is an advocacy platform coordinated by the African Centre for Democracy and Human Rights Studies. It aims to promote advocacy, lobbying and networking among non-governmental organisations (NGOs) for the promotion and protection of human rights in Africa. The Forum allows for sharing updates on the human rights situation on the continent by African and international NGOs with a view of identifying responses as well as adopting strategies towards promoting and protecting human rights on the continent.

A session in which the Collaboration on International ICT Policy for East and Southern Africa (CIPESA) participated alongside Paradigm Initiative (PIN), the International Center for Not-for-Profit Law (ICNL) and the Centre for Human Rights-University of Pretoria, discussed the relationship between human rights and technology.

Thobekile Matimbe from PIN observed that internet shutdowns in the region are worrying and a major threat to freedom of expression, access to information, freedom of association and peaceful assembly contrary to article 9 of the African Charter on Human and People Rights (ACHPR) and the ACHPR Declaration of Principles on freedom of expression and access to information in Africa. She  expounded on the profound adverse impacts of internet shutdowns and disruptions on socio-economic rights, including the right to education, housing, health, and even social security. Matimbe specifically called for an end to the now two years internet and phone shutdown in Ethiopia’s Tigray region, while also regretting  the continued violation of international human rights standards by States in other parts of the continent.

Introducing digital rights as human rights and situating the different human rights groups within the digital rights discourse, Irene Petras from ICNL highlighted the technological evolution on the continent and the interrelatedness and interdependence of the internet with various rights and freedoms. According to her, internet shutdowns are an emerging concern that is adversely impacting the digital civic space.

According to CIPESA’s legal officer Edrine Wanyama, given the long-standing authoritarianism and democracy deficits in most parts of the continent, elections, protests and demonstrations and examination periods are  the key drivers of internet shutdowns in Africa. Wanyama also noted that the consequences of internet shutdowns were wide ranging, extending to economic and financial loss, undermining freedom of expression, access to information and access to the internet, aggravating the digital exclusion gap, placing doubt on credibility of elections, facilitating loss of trust in governments and often fueling disinformation and hate speech.

Given the social, economic and political benefits of the internet, Hlengiwe Dube of the Centre for Human Rights at the University of Pretoria urged states to re-think its availability and access at all times, as opposed to imposing information blackouts and creating situations for litigation.  She noted that meaningful access and creation of a facilitative environment for internet access has widely been advanced as part of the Sustainable Development Goals (SDGs).

The session called for active monitoring and documentation of internet shutdowns by NGOs including through collaborative and partnership building efforts, utilising investigative tools like Observatory of Network Interference (OONI) and NetBlocks which help to detect disruptions, and engaging in strategic litigation.

The joint recommendations provided for inclusion in the NGOs Statement to the African Commission on Human and Peoples’ Rights (ACHPR) 73rd Ordinary Session by the thematic cluster on digital rights and security are to: