Celebrating the First Anniversary of The Contract For the Web 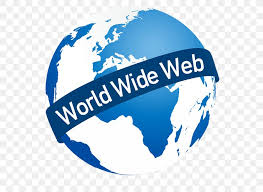 Celebrating the First Anniversary of The Contract For the Web

It’s been over a year since we launched the Contract for the Web — a global plan of action to make our online world safe and empowering for everyone, not just a privileged few. To mark this milestone, on November 17 we gathered the community of Contract for the Web endorsers to celebrate what we’ve achieved together so far and to look ahead to what’s next.

Over the past year, we’ve seen overwhelming support from across the world, and we’ve been inspired by the Contract community’s work to drive forward the fight for the web we want. Across the globe, organisations that have endorsed the Contract are working on a broad range of initiatives to build a better web — from Great Works Internet fast and reliable internet access in the United States, to Lapin’s work on trustworthy data sharing in Portugal, to Ippodhu’s efforts to foster media literacy in India.

Here’s a look at four of the initiatives we showcased that are motivating us as we enter our next phase of fighting to drive real change for a better web for everyone.

The #KeepItOn coalition, a network of over 220 organisations first launched in 2016, works to monitor internet shutdowns, highlight the impact of these shutdowns on human rights and national economies, and urge governments to keep all of the internet available all of the time.

Felicia Anthonio, lead campaigner, pointed to the diverse range of members working in collaboration and in solidarity as a crucial strength of the coalition. By joining efforts, the coalition has been able to amplify its demands and successfully fight shutdowns at the national level while raising global awareness of this issue.

Reducing Digital Inequality During a Time of Social Distancing, Media Ethics Lab of the University of Toronto

The Media Ethics Lab, a research hub to explore the potential of ICT to foster social change, turned to the Contract for the Web as a framework for its work on digital inclusion. Professor Paolo Granata presented the Lab’s #DigitalCloseness campaign, an effort to accelerate progress towards digital equality and foster a coordinated effort across all sectors.

The campaign works to build a more inclusive, equitable and sustainable digital world by advancing internet access as a basic human right. Paolo noted that in this effort, as with the Contract with the Web, each of us has a role to play, from private companies waiving coverage fees on residential and mobile internet to not-for-profit organisations setting up free WiFi hotspots to citizens lending devices to neighbours in need.

During this Covid-19 pandemic, disinformation undermines democracy and spreads fear. Lillian Nalwoga, programme manager at CIPESA, said the tracker aims to demonstrate how government action on this issue can tackle the problem while respecting human rights and ultimately ensure the web remains the channel of accurate information we need during this crisis.

IRIS works to strengthen digital rights in Brazil through its research on the internet and society. The Women in Internet Governance campaign, #MulheresNaGovernança, enhances the visibility of women’s work on internet governance, encourages women and girls to engage on these issues, and raises awareness about digital gender gaps.

Luiza Brandao, directress at IRIS, explained that the campaign uses a wide range of tactics, including a female chatbot, multistakeholder events, and a video, to ensure female voices are represented in the conversations that shape the internet.

These four examples are just the beginning. We look forward to continuing to gather and showcase best practices as a key part of our work to encourage endorsers to lead by example and build a web that’s safe and empowering for everyone.

Has the Contract for the Web inspired your work this year? Get in touch: [email protected].

This article was first published by the Contract for the Web on November 25, 2020.