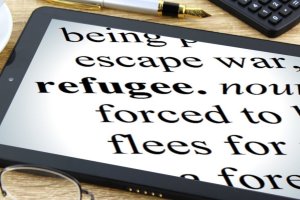 Figures show that in Europe, one in 10 women have been victims of cyber harassment, including having received unwanted, offensive sexually explicit emails or SMS messages, or unwarranted inappropriate advances on social networking sites. While contexts differ, it is possible that women in Africa who use digital communications technologies face similar or greater levels of harassment, given the low levels of digital literacy and poor mechanisms to fight online violence against women.

Interviews conducted in August 2019 with 35 women refugees from the Democratic Republic of Congo, Eritrea, South Sudan and Sudan, who are living in Uganda, showed that three in four of the respondents had experienced some form of cyber harassment including abuse, stalking, unwarranted sexual advances and hacking of social media accounts. The perpetrators included anonymous individuals, security agents in their home countries, known friends and ex-partners.

The interviews were carried out as part of the digital literacy and security training for refugee rights defenders. Hosted in Kampala, Uganda by Access for All, the two days training engaged 80 participants and also covered aspects of digital activism and women’s participation in the information society.

“Due to the rampant online harassment of women in Uganda, we believe that such a project would considerably benefit our members, for whom digital literacy and creative approaches to digital activism are vital in their everyday work and long-term development,” said Asan Juma, the Executive Director of Access for All.

These online affronts against women refugees in Uganda run in parallel to gender-based violence in refugee camps, at border crossings and resettlement communities. According to the United Nations University (UNU), women refugees are often under threat of physical and sexual violence not only at the hands of fellow refugees and human traffickers but also national immigration administration, security forces and humanitarian staff. In these situations, UNU reports that access to justice and reparation for women refugees is limited.

Indeed, only a quarter of the refugee women interviewed who had experienced cyber harassment went on to report the cases to authorities. Among the reasons put forward for not reporting  was “unawareness of the existing laws that prohibit online harassment” and “distrust of the police.” The mistrust of law enforcement authorities stemmed from self consciousness over their nationality or refugee status, previous bad experiences with authorities in home countries and the perception that “police case handling is often in favour of nationals rather than refugees”.

Those who did not report the cases of cyber harassment to law enforcement officials coped through support from friends or counselling. A few others stated that they “ignored” the incidents. In one instance where the harassment was perpetrated by a friend, the respondent indicated that rather than reporting the incident to the police, they “talked to the person and settled the matter.”

Beyond online harassment, other digital threats that the participants reported to have experienced included fraud, identity theft online, loss of devices, viruses and malware on their devices. Whereas the engagement provided digital safety skills and knowledge, physical security threats also remain a challenge. Beneficiaries called for more coordinated digital rights advocacy efforts focused on the needs and challenges of refugee communities, targeting both the refugees as beneficiaries but also key stakeholders in the realisation of these rights.

Access For All was founded in South Sudan in 2016 with an aim to promote the rights of sexual minorities. In the same year, the organisation was shut down by the government. The founders fled South Sudan and sought asylum in Uganda, where they worked on health rights and dignity of urban refugee sexual minorities.

As part of its work in Uganda, Access for All recognised that urban refugees faced heightened gender-based violence risks due to unmet multiple and complex social, economic and medical needs as well as intersecting oppressions based on race, ethnicity, nationality, language, sexual orientation and gender identity. Moreover, humanitarian programmes were found to focus less on serving refugees in urban areas and even less so on sexual minority refugees.

With a grant from the Africa Digital Rights Fund (ADRF) that is managed by CIPESA, Access for All was among the inaugural grantees in 2019 and carried out the bi-lingual (English and Arabic) interviews and training workshop, which  explored prevailing digital security/protection concerns among urban refugees in Uganda and mechanisms to address them.