Building Collaborations in Research for Internet Policy Advocacy in Africa 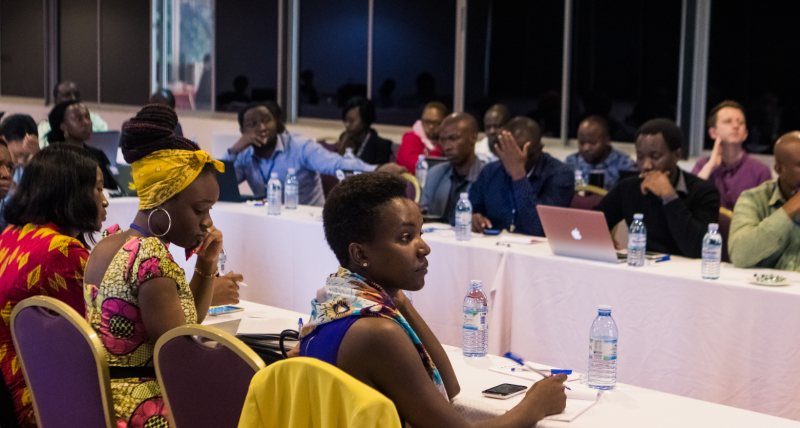 Building Collaborations in Research for Internet Policy Advocacy in Africa

Many African countries are caught between developing policies that support the unfettered use of the internet as a tool for social, economic and political growth, and laws that threaten citizens’ rights and use of digital technologies. Often, this is partly due to limited evidence upon which to base policies and decision-making, which results from the scant availability of relevant in-depth research.

As the need for internet policy advocacy that is informed by research grows, it is essential to increase the amount and depth of research originating from Africa. It is equally necessary to expand the methods used beyond the traditional to more contemporary ones such as network measurements, social network analysis and data mining. This has led to the need to train, connect, and build collaboration between researchers, policy makers and internet freedom advocates across the region and formed the basis of an intensive training on internet policy research methods.

The training workshop, which was held between February 27 and March 3, 2018, was organised by the Annenberg School for Communication’s Internet Policy Observatory and the Collaboration on International ICT Policy for East and Southern Africa (CIPESA), alongside several partners from across Africa. A total of 40 participants from 17 countries attended the training in Kampala, Uganda. They included journalists, lawyers, technologists, academics, telecom regulators, government officials, and digital rights advocates.

The workshop emphasised the need to embrace more collaborative push back efforts such as strategic litigation, the deployment of tools such as the Ooni probe that monitor internet speed and performance, accompanied by social network analysis, data visualisation and data scraping which can reflect patterns of online narrative. It was also stressed that these methodologies, coupled with traditional research approaches through physical interactions such as focus group discussions and key informant interviews would support more multidisciplinary collaborations and versatile communication strategy for internet policy advocacy in Africa.

Indeed, evidence-based advocacy is fundamental today perhaps more than ever, as the affronts to citizen’s rights online continuously evolve, including at a technological infrastructure level (internet throttling, internet shutdowns, surveillance and data breaches), as well as laws and regulations that increasingly criminalise internet use. More recently, financial affronts to online content production and dissemination have been witnessed in Tanzania and Uganda.

The workshop alumni join a cohort of others from the Middle East, Asia, and Latin America equipped with the skills needed to collaborate across disciplinary and professional silos for progressive internet policy and practice at national, regional and global levels.

Below are some tweets shared  over the course of the workshop:

Less than 10% of local news sites in Africa are hosted locally. Exceptions include South Africa, Swaziland & Djibouti says @EnricoCalandro & @JosiahChavula . What are the implications for local news when it is not locally hosted? #InternetPolicyAfrica @cipesaug @InternetPolicyO

Ooni: to understand what is blocked, how it’s being blocked and who is blocking it- it’s not just the data, but the interpretation and use of the data: “we need lawyers… we need policy makers… we need activists” @OpenObservatory @agrabeli_ #InternetPolicyAfrica @cipesaug pic.twitter.com/Ip8fGhTNx7

The Umati initiative is an example of how scraping can produce interesting results. the results show that in Kenya there was 3% of hate speech on Twitter compared to 90% of hate speech spread over Facebook over a 9 month period via @ngamita #InternetPolicyAfrica

Data is not useful unless used as part of an action: policy makers, lawyers, journalists can analyze @OpenObservatory data to interpret socio-political developments. #InternetPolicyAfrica

An interesting point being driven by @Mose_Karanja during the @OpenObservatory session is that http/https could make a difference in what's being blocked or not and by who. #InternetPolicyAfrica pic.twitter.com/DQ8zwgLDw8

Internet measurement: 85% of local news websites are located outside of their respective countries (mostly Europe and US). #Africa #LocalContent #InternetPolicyAfrica pic.twitter.com/jPbSFoCEyL

Interesting to note that during Zimbabwe's last UPR process, Zimbabwe only "noted" the various recommendations calling for the repeal of Zimbabwe's anti-privacy laws & anti-freedom of expression laws. via @UPRinfo #InternetPolicyAfrica 1/2