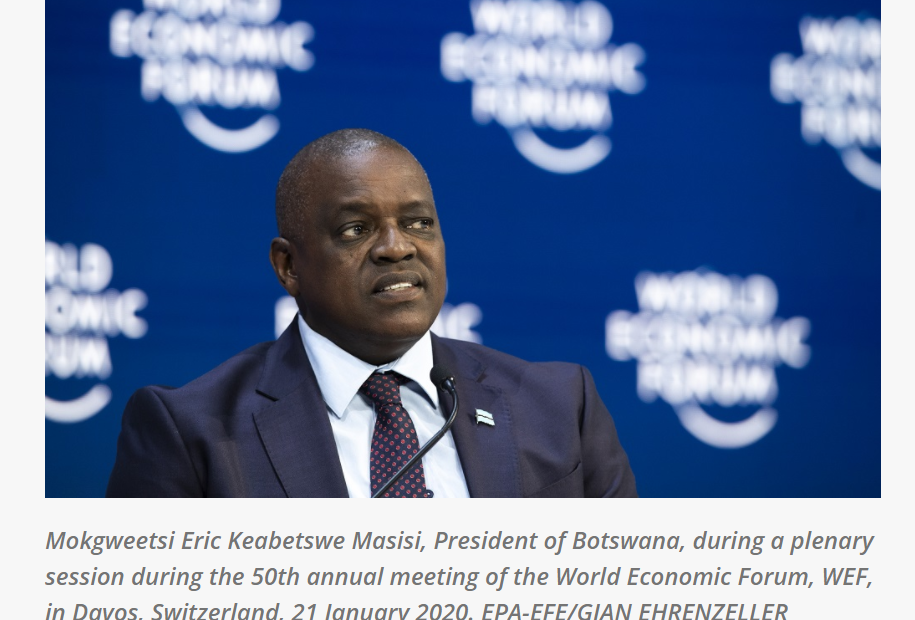 The IPI global network today urged Botswana to withdraw a proposed law that would allow for warrantless surveillance of communications. The bill has been sharply criticized by media representatives in Botswana and Africa.

Botswana’s government is currently pushing the Criminal Procedure and Evidence Bill through parliament. If passed, the bill will have a chilling effect on press freedom, Spencer Magopi, the chair of the Botswana Editors Forum, warned.

A review of the bill, a copy of which was obtained by IPI, shows that it would allow authorities to intercept communications without a warrant if a head of an investigatory authority “believes on reasonable grounds that the delay in obtaining an interception warrant would defeat the object of the investigations”. Alarmingly, this would apply to investigations into the commission of any offence, and can be authorized for up to 14 days.

Magopi said this would effectively ban the practice of anonymous sources as journalists would not be able to guarantee anonymity since authorities could intercept the communication between the journalist and their source if they find it necessary.

The bill also imposes a disclosure requirement on individuals believed to hold information relevant to an investigation.

“The law makes it so that they can force that information and extract it from a journalist”, Magopi told IPI. “Journalism is as good as dead.” He added that most sources want anonymity for fear of government retaliation.

“This bill contains a nightmarish list of provisions that threaten press freedom and independent journalism in Botswana”, IPI Deputy Director Scott Griffen said. “It would seriously undermine source protection and expand government surveillance power and without proper safeguards is open to misuse against the media. The ability of journalists to protect the identity of their sources is a necessary condition for the press’s role in holding power to account. Investigative journalism in particular would be seriously threatened by this law.

“Such far-reaching legislation must be subject to public scrutiny and debate and must align with international human rights standards. We strongly urge Botswana to withdraw this bill in its current form and engage in a meaningful consultation with all relevant stakeholders, including members of the media community and civil society. Given its grave potential consequences for press freedom and privacy, it is imperative that this bill not be rushed through parliament.”

Sharp criticism in Botswana and abroad

Magopi told IPI that the Botswanan government is invoking the fight against money laundering to pass this bill, claiming that it will close security gaps. Last October, the Financial Action Task Force (FATF), a global money laundering and terrorist financing watchdog agency administered by the G7 group, removed Botswana from its grey list. Countries on the grey list get limited access to international loans. The government has claimed that it must implement certain reforms to remain off the list, which is why it has classified this bill as urgent.

The manner in which the government has chosen to implement the reforms, however, has caused widespread alarm.

“This is by far the worst piece of legislation to have emerged in Botswana, the Southern Africa region and the rest of the continent in recent history. The government of Botswana must hang its head in shame and withdraw the bill immediately”, Jovial Rantao, the chairperson of the African Editors Forum, wrote in a statement on January 27.

Press freedom in Botswana is considered to have improved since 2018 when President Mokgweetsi Masisi came into office, succeeding President Ian Khama. Journalists faced more pressure under the Khama administration, as investigative journalists were arrested and a news website suffered a major cyberattack. However, the government still undermines journalists, Tefo Phatshwane of the Media Institute of Southern Africa said in a TV interview on January 31.

Phatshwane said while there have not been instances of journalists being imprisoned over the past few years, draconian laws that restrict journalists are still in place. The Media Practitioners Act of 2008 established an oversight body to regulate journalists, for the purpose of “preserving the maintenance of high professional standards.” It also mandates the registration of all media workers and outlets.

“We cannot allow government to be part of our regulation”, Phatshawne said. “We should be taking the lead. The government should put a law in place that gives us power to regulate ourselves and to correct and prosecute and suspend, or anything, in instances that need us to do that.”

In addition, Botswana still does not have a freedom of information, which gives the public access to government records. Phatshwane said journalists have been urging the parliament to pass this type of bill.

This article was first published by the International Press Institutes on Feb 01, 2022