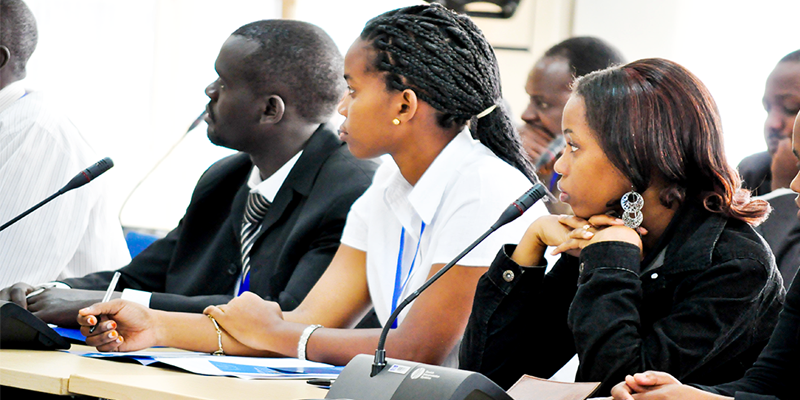 Tanzania: Blogger arrested for publishing manipulated images of the president
The alleged owner and blogger of the blog Ze Utamu (zeutamu.com) has been arrested in Tanzania.

The alleged arrest has been in discussed at Jamii Forum, a popular Tanzanian Online Forum, since yesterday. And today, Swahili Time has posted the news along with a picture of the arrested blogger, Malecela Peter Lusinde, 39, an IT consultant from Essex in the UK.

Swahili Time reports that Tanzania’s police in cooperation with their UK counterparts have collected enough evidence to conclude that Lusinde is the owner of Ze Utamu Blog which was blocked in February after publishing manipulated photographic images depicting Tanzania’s President Jakaya Kikwete engaging in lewd sex acts.

Legal aspects of the arrest are not yet clear. Tanzania does not allow dual citizenship and since Mr Lusinde is a UK citizen of Tanzanian origin, it is not yet known under which law Lusinde will be charged. The post in the Swahili Times says:

Translation of the Original Quote

According to confirmed reports Ndg malecela has been deported to Tanzania to face several charges related to operating a website that was degrading people, there are 6850 registered complaints against the site […]

It is not clear under which law Ndg Malecela will be charged. Also detectives have spoken to two Tanzanians in Wichita and San Diego in America in relation to their involvement with Ze utamu blog.

Translation of the Original Quote

Is utamu the biggest ever crime committed by a Tanzanian?

Your argument is weak. Two wrongs do not make a right. We do not want British citizens (of Tanzanian origin or not) to fling unchecked rampant numerous unfounded character assassinations on Tanzanians.

Does the Tanzanian government project a sense of misguided priority in pursuing this rather than EPA , of course, yes. But it is also possible that this was a quick slam dunk because this guy left his tracks left right and centre, IT consultant indeed! … What saddens me is that it took gross and pornographic caricaturing of the president himself for this to happen.

My concern is our internet laws are practically non existent, and our jurisdiction may be limited because this presumably happened over British web servers (?) by a British subject. So if the guy gets a good attorney, and the government does not use extrajudicial means (if it does not Ghailani him under some autocratic anti-terrorism preventive-detention like draconian)

The guy may walk scot free.

* Global Voices Online has not verified the information published in the blogs covered on this post.