An Attempt to Gag the Media’: Journalists on Nigeria’s Proposed Social Media Bill 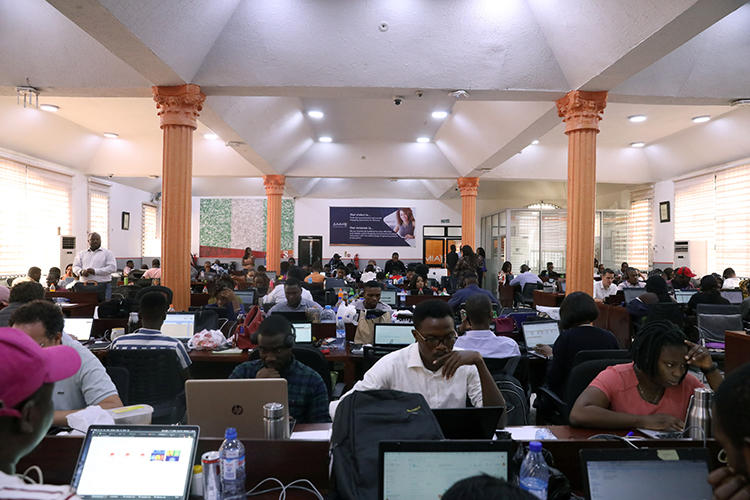 An Attempt to Gag the Media’: Journalists on Nigeria’s Proposed Social Media Bill

At a public hearing on Nigeria’s social media bill held in Abuja last month, the voice of Chris Isiguzo, president of the Nigerian Union of Journalists (NUJ), rang clearly across the room: “This bill…seeks to pigeonhole Nigerians from freely expressing themselves.” The NUJ is “totally opposed” to it, he said.

This strong opposition was echoed by multiple other civil society groups, according to local media reports and a recording of the hearing posted on Twitter with the hashtag #SayNoToSocialMediaBill by Paradigm Initiative, a local digital rights organization. By contrast, a Nigerian army representative welcomed the bill for “reasons of national security,” telling the hearing it would supplement an existing cyber warfare command. The local Guardian newspaper reported in 2018 that the command was established to combat fake news.

At the time of publication, it was not clear whether the COVID-19 crisis would impact the timeline for consideration of the bill, which was scheduled to be sent for a third reading by the senate in April. On March 24, Nigeria’s National Assembly began a two week shutdown with possible extension based on the public health response, Mohammed Sani Musa, a senator from Niger State who is sponsoring the bill, told CPJ. False information related to the coronavirus was an example of the need for the legislation, he said.

This article was first published by the Committee to Protect Journalists (CPJ) on April 01, 2020.