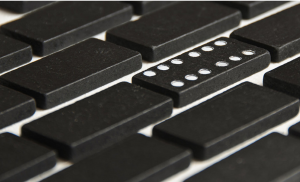 By Daniel Mwesigwa and Edrine Wanyama |

The African Commission on Human and Peoples’ Rights (ACHPR) has denounced moves by countries in East Africa to slap stringent regulations on internet access and use. The commission’s Special Rapporteur on Freedom of Expression and Access to Information in Africa, Lawrence Mute, and the Country Rapporteur responsible for monitoring the human rights situation in Kenya and Tanzania, Solomon Dersso, said in a statement that they wished to “express concern on the growing trend of States in East Africa adopting stringent regulation measures on the Internet and Internet platforms.”

Reminding the states of their obligations under continent-wide human rights instruments, the Commission urged them “to ensure that regulations do not undermine their commitment to ensure freedom of expression and access to information on the Internet and social media platforms.”

The Commission’s statement comes at a time when countries in the region are increasingly looking at the internet as a threat and using a series of strategies to curtail citizens’ access and use of digital technologies. In recent months, Tanzania, Uganda, and Kenya have appeared to read from the same script in curtailing freedom of expression and the free flow of information online.

Last April, Tanzania issued regressive regulations that require all online content providers including discussion forums, podcasters, bloggers, online radios and TVs to register at prohibitive costs prior to licensing. Enforcement of the regulations has resulted in suspension of bloggers and shutdown of some websites, while some social media activists have been arrested and threatened.

Meanwhile, Uganda has this month introduced tax on ‘Over-The-Top’ (OTT) services, which requires users to pay Uganda Shillings (UGX) 200 (USD 0.05) per day to access social media and other sites. The move has undermined affordability of the internet and, like an earlier March 2018 directive requiring online publishers, news platforms, radio and television operators to obtain  authorization has been widely interpreted as an attempt by government to muzzle citizens’ voices online. Uganda’s president, Yoweri Museveni, has on several occasions accused social media users of peddling “lies” and “gossip”.

In May 2018, Kenya enacted the Computer Misuse and Cybercrimes Act, which human rights defenders contend contravenes constitutional provisions on freedom of opinion, freedom of expression, freedom of the media, and the right to privacy. Also, Kenya’s Film and Classification Board (KFCB) issued a directive requiring licenses for anyone interested in distributing or sharing video content on social media irrespective of whether captured using a professional camera or basic phone camera.

The full July 12, 2018 statement from the Commission, a body established in 1987 under the African Charter to protect and promote human and peoples’ rights throughout the continent is available here.