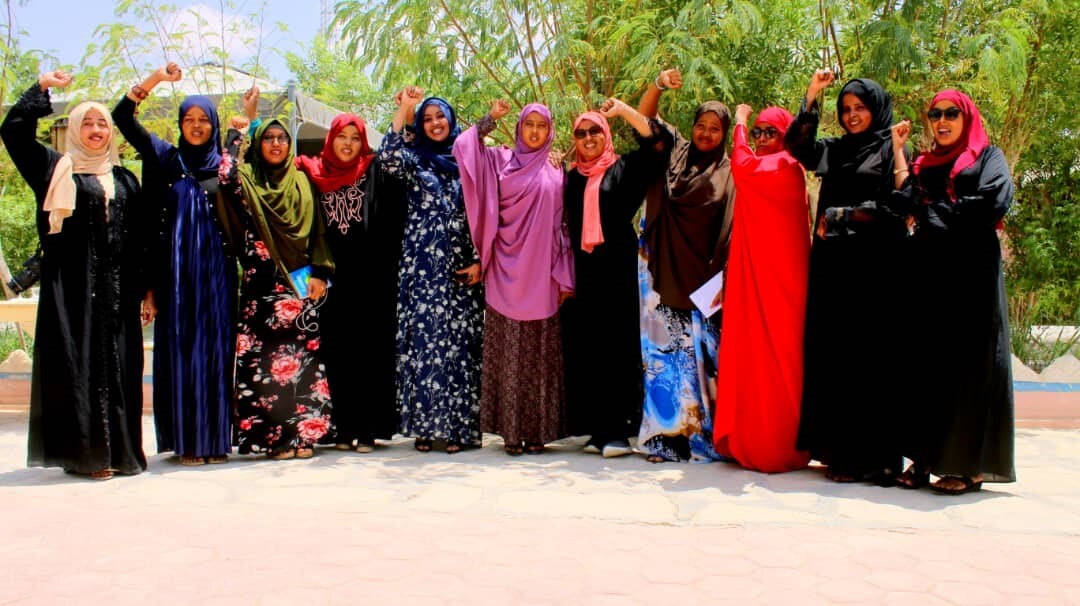 The digital landscape of Somalia and the breakaway states of Somaliland and Puntland is largely shaped by the region’s history of terrorism and political turmoil. Website censorship, internet disruptions and crackdowns on the media co-exist in a fast-evolving technology sector, within a regressive policy and regulatory environment. With support from the Africa Digital Rights Fund (ADRF), three Somali initiatives are working to positively influence this landscape by raising the visibility of digital rights issues, alongside pushing for policy and practice reforms to ensure effective and inclusive use of technology for socio-economic and political development.

Freedom House’s Freedom in the World 2020 report ranks Somaliland as ‘partly free’, citing a “consistent erosion of political rights and civic space” evidenced by numerous arrests and detention of journalists and critics, and suspension of media outlets, among others. Assessed separately, Somalia is ranked as ‘not free’ with “impunity for human rights abuses by both state and nonstate actors” being the norm. As a combined region, Somalia’s press freedom ranking is dismal too – at position 163 out of 180 countries assessed as part of the 2020 World Press Freedom Index.

Somalia’s telecommunications sector, which is largely unregulated, has recorded steady growth, with 2020 figures indicating mobile subscriptions at 48% of the population and 10% internet penetration. Mobile money usage is widespread and, according to GSMA’s Mobile Money Regulatory Index, Somalia is ahead of many regional counterparts, having formalised sector regulations during 2019, allowed non-banks to offer electronic and mobile-based financial services, and permitted international mobile money transfers.

The ADRF’s partners – Digital Shelter, the Somaliland Journalists Association (SOLJA), and the Women in Media in Somalia (WIMISOM)- recognise that increased use of online platforms has the potential to positively shape political participation, innovation, inclusion and the realisation of human rights in Somalia and its breakaway regions.

In response to arrests and intimidation of several journalists and social media activists by the Somali federal government and federal states, digital attacks, and threats from terrorist groups, Digital Shelter spearheaded the “protect our online space” initiative with ADRF support. Under the initiative, Digital Shelter hosted a groundbreaking dialogue on shrinking online civic space in Mogadishu, which was attended by 80 human rights defenders, journalists, bloggers and artists. The dialogue was followed by two digital security training sessions (hosted over three days each), also held in Mogadishu, benefiting 100 participants (47% female), including women human rights defenders, media practitioners and activists. Besides risk assessment, device security, encryption and circumvention, the training featured sessions on tackling misinformation and disinformation.

Digital Shelter hosted a second dialogue on digital transformation and the future of online civic space in Mogadishu in partnership with the Ministry of Posts, Telecommunications and Technology (MPTT). This forum brought together 80 government officials, tech activists, ICT experts, media practitioners, and civil society representatives. Speaking as a panelist at the forum, Abdiaziz Duwane, Director General of MPTT, reiterated the government’s commitment to prioritise the use of technology in private and public sectors, and to improve rural connectivity.

With the success of the two dialogues, Digital Shelter went on to support Somalia’s Covid-19 response measures by hosting an engagement on misinformation and media coverage around Covid-19. Additionally, since September 2020, it has hosted monthly meet ups on digital rights topics, featuring various guest speakers.

Recognising the role of media practitioners and digital platforms in promoting peace in conflict regions, the Somaliland Journalists Association (SOLJA), with ADRF support, equipped 120 journalists (40% female) with skills in innovative content development, safety and security online, and journalism for peace and humanitarianism. In addition, SOLJA organised a multi-stakeholder dialogue aimed at understanding misinformation and fact checking. Speaking at the dialogue, Muna Toosane, the Director of Communication at the Somaliland Ministry of Information and National Awareness, stated that ongoing government interventions were focused on increased adoption of technology, while mindful of emerging concerns over the spread of false and misleading information online.

The engagements by SOLJA were informed by a knowledge, attitudes and perceptions survey on the impact of online platforms on print and broadcast media in Somaliland. Conducted during February and March 2020, the survey targeted 51 media stakeholders including the Ministry of Information, local print, broadcast and online media agencies, independent media practitioners, academia, human rights  and civil society organisations. The survey found that online platforms were perceived to have had a positive impact on governance and human rights in Somaliland. However, journalists’ use of the platforms was being undermined by limited understanding of online safety and security, pervasive hate speech and misinformation.

Further, SOLJA monitored Covid-19 coverage by five public and private media entities during April and May 2020. The assessment of Geeska Afrika, Jamhuuriya, Radio Hargeisa, Horn Cable TV and Saab TV, found that briefings from the Ministry of Health, the activities of the national response committee and prevention measures were the leading topics of reporting. However, messaging was often repetitive with little on societal and behavioural change. The report also found cases of misinformation on social media being reproduced in print and broadcast stories, as well as limited inclusion of women’s voices.

SOLJA has since gone on to engage Somaliland Members of Parliament, legal and religious leaders and the Deputy General Secretary of Somaliland parliament on a draft media bill to replace the Press Law 24/2004.

Digital Shelter and SOLJA’s interventions set the foundation for the third ADRF Somali grantee – Women in Media Initiative Somalia (WIMISOM) – whose work during 2020/2021 is focused on building the digital security skills and knowledge of women journalists (print, broadcast and online) and women-led media organisations in Puntland, Somalia and Somaliland as a means of combating threats against female journalists and their sources.

With support from @cipesaug in the context of #AfricaDigitalRightsFund, @WimiSomalia conducted digital security training for female journalists in #Garowe.

The training was faciliatated by trainer who benefited from TOT organized by WIMISOM for female journalists in #Somalia pic.twitter.com/80cYdvkDNr

Towards the end of 2020, WIMISON conducted a three days training of trainers (ToT) in Puntland, which was launched by a representative from the Puntland Ministry of Women Development and Family Affairs (MOWDAFA). The 15 trained trainers are due to support regional training during January and February 2021. In commemoration of the 16 Days of Activism Against Gender-based Violence, WIMISOM organised a roundtable discussion on the challenges facing women in journalism and their role in fighting gender-based violence.

The July 2020 profiling of Digital Shelter’s work by the United Nations Assistance Mission in Somalia (UNSOM) is testament to the need for continued elevation of digital rights advocacy and network building within wider efforts to advance human rights in Somalia, Puntland and Somaliland – a need that ADRF is proud to have set the pace for by supporting Digital Shelter, SOLJA and WIMISOM.