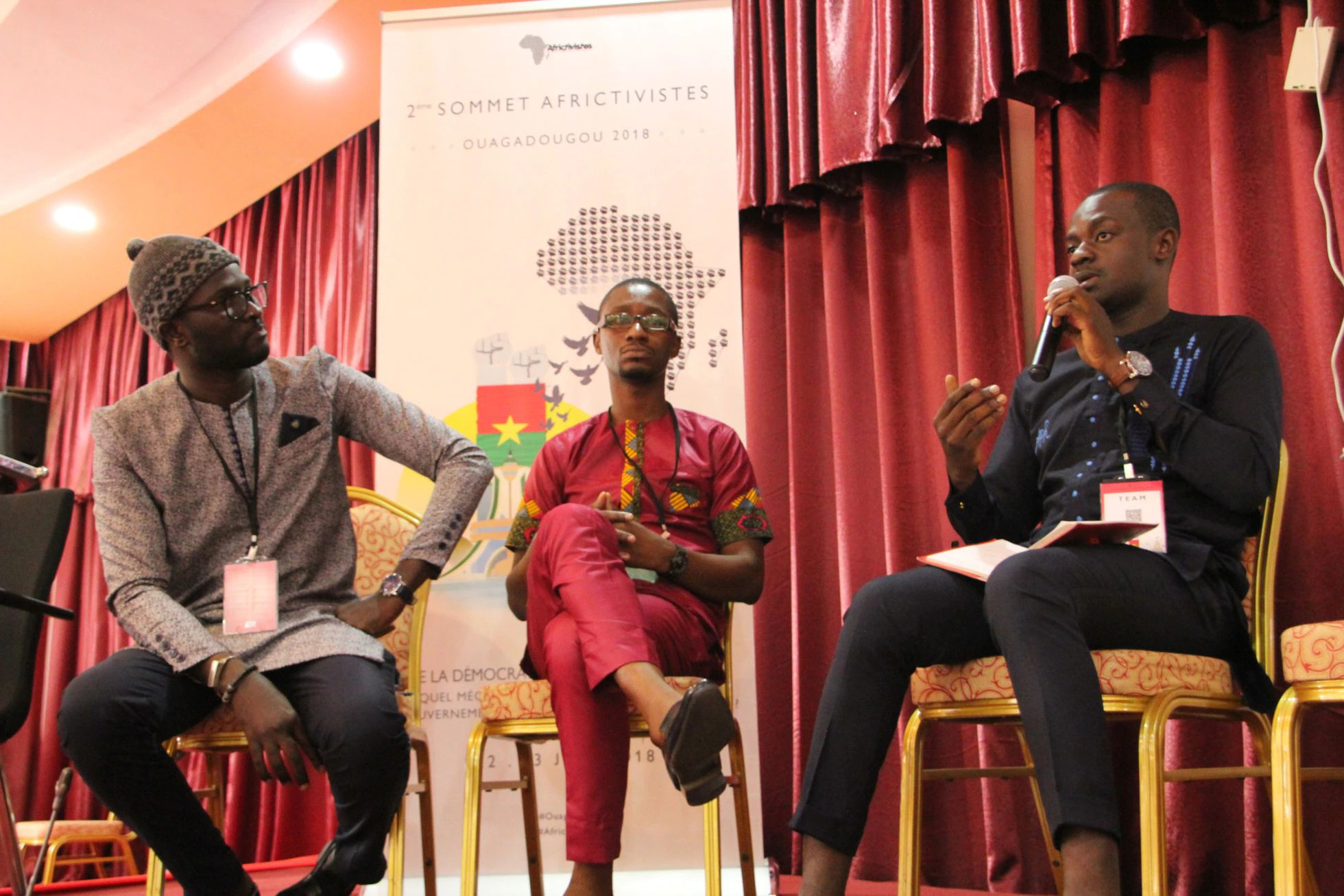 Africtivistes, the increasingly large pan-African organization of cyberactivists, meets this week in Abidjan with a new objective: to unite to get a direct say in the development and implementation of public policies in their respective countries.

Six years ago, a group of West African digital activists decided to consolidate the informal ties they had built . They were pioneers in their countries, the Ivory Coast, Senegal, Guinea and Burkina Faso, fundamentally, but they knew that their position in the vanguard was extremely precarious. They weren’t known enough to be untouchable, yet they were incisive enough to be annoying to some authorities.

They created Africtivistes on three pillars: exchanging knowledge about their projects to be more effective in their demands, protecting each other to guarantee their safety in contexts in which civil society and activists always walk close to the targets of formal and factual powers, and generate a structure that would serve as an umbrella for initiatives that seek to use information and communication technologies (ICT) to improve democracies in the region.

Since the constitution of Africtivistes in Dakar , a good number of projects have passed and a path that is constantly correcting its direction, depending on progress and new challenges. This week they celebrate their third meeting. The conditions of the pandemic have led to a hybrid format, which in any case is not foreign to them at all. In person, in Abidjan, the Ivorian capital, and virtually, in the networks, this third meeting consolidates the expansion of the organization. Immediately after its formation, the community overflowed its origin in West Africa and in the Francophone sphere, a border that often also marks important differences. The sessions of this new meeting will bring together, literally or in a virtual figurative sense, activists from the five subregions that usually settle on the continent, North, West, East, Central and Southern Africa, and coming from the different spheres of the old metropolises: the Francophone, the Anglophone and the Lusophone.

The president of the organization, the Senegalese activist, Cheikh Fall explains in a simple way the trajectory that Africtivistes has experienced in recent years. “In Dakar, in 2015, we talked about the organization and life of the blogger and cyber-activist communities in our different countries with the aim of finding our own ways of organizing and structuring ourselves,” he says. “ In 2018, in Ouagadougou,We wanted to lay the foundations for future collaboration between activists and policy makers. In addition to our protest force, on that occasion we had to show that we are also a proposal force. For this third meeting, in Abidjan, we will go further. We protest, we propose, and now we will also be actors in the definition and application of the policies of our states ”. This is the fundamental pillar of Africtivistes’ new strategy: intervening directly in the elaboration of public policies and ensuring that they are applied.

The meeting comes at a particularly delicate time for civil society on the African continent and in a context in which control of the digital space has progressively become one of the authorities’ objectives. It also occurs in countries where antidemocratic drifts are clear, but also in others that seek to project an image of respect for rights and freedoms. For this reason, during the two days of presentations, round tables and work sessions, some of the thematic pillars go through the approaches related to the fight against disinformation, the concern for the legal protection of online media, digital sovereignty and the regulation of the internet in the countries of the continent or the role of civil society in the defense of net neutrality.

Fall highlights the importance of this neutrality and transparency in the management of internet governance, even to exploit all the benefits that digitization can offer for the development of African countries. “With open governance, a more inclusive and participatory policy, our governments will have less need to resort to repressive legislation to fight disinformation, for example,” says the activist, underlining the threat posed by the spread of fake news on the networks .

From the point of view of the activists, many of the risks that the expansion of the internet entails and that often take center stage could be neutralized with a collaborative logic. “Governments could count on all the experience and talent available in our countries because citizens, by participating in the design of policies, will know exactly what we can contribute to their application and compliance,” claims the president of Africtivistes.

During the two days that the exchanges last, different actors from the digital environment will share experiences and opinions. Bloggers will participate, some of them with great repercussions such as the Nigerian Japheth J. Omojuwa or the Ivorian Edith Brou , who have more than one million and more than 220,000 followers on Twitter, respectively. Journalists from digital media from different countries such as Senegal, Mali, Burkina Faso, Togo, Cameroon and the Central African Republic, among others, will contribute their point of view. Analysts and personalities from civil society, such as the Kenyan Boniface Mwangi , the Senegalese Alioune Tine , the Senegambian Fatou Jagne Senghore , will take part in the talks.or the Beninese Gilles Yabi , as well as the Nigerian-Ivorian digital rights defender Nnena Nwakanma .

The work sessions between actors with diverse profiles, including in some cases government representatives or public institutions, aim to generate practical documents that can be applied in various activities. As an example, the first sessions are intended to produce a document of recommendations for the production of online information and the protection of digital media actors; in the same way, a proposal for a decalogue of the rights of African cyberspace will be elaborated; a guide for the design of digital government solutions for local administrations or a proposal of rules for a pan-African civic technology hackathon .

In this third meeting, Africtivistes will once again honor the deceased activists and will do so especially with Anna Guèye, a pan-African activist who, in addition to being a pioneer, was the godmother of the organization , one of the main promoters of the connections between the different communities of local digital activists who ended up crystallizing in the formation of Africtivistes.

In addition, on this occasion, for the first time, the Civic Action Award will be awarded, which will recognize the trajectory of a digital activist with a special impact on his community. The winner has come out of the popular vote among a list of ten finalists of eight African nationalities and his name will be revealed during the closing of the meeting which, at the same time, marks the beginning of a new stage for the organization.

This article was first published by the PLANETA FUTURO on November 10, 2021.