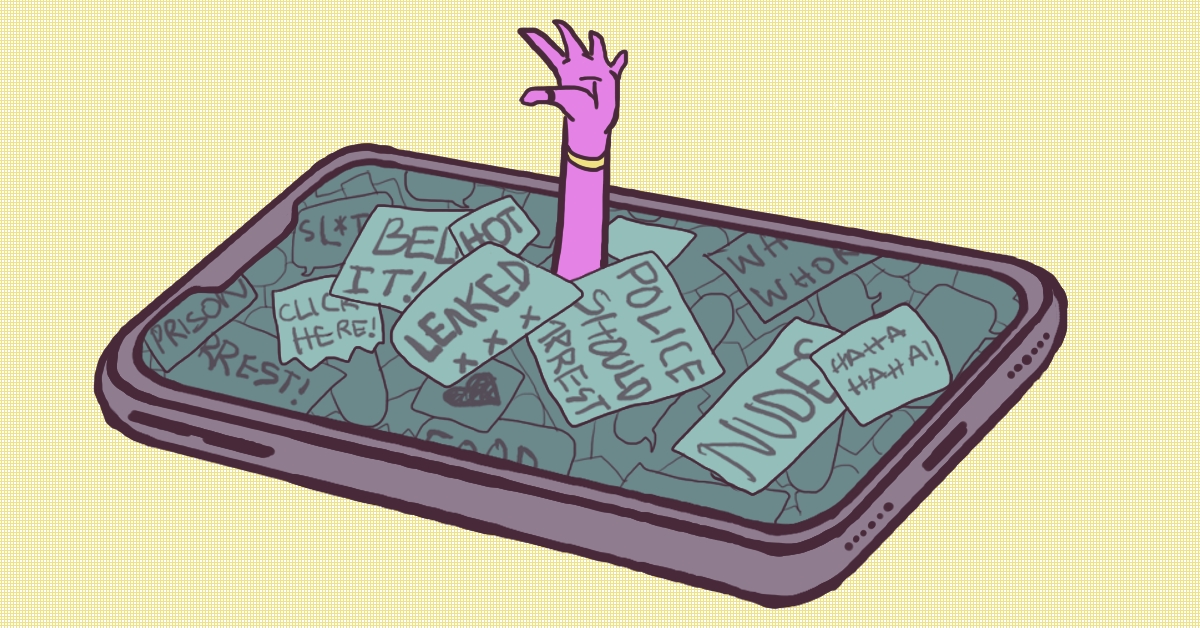 By the African Mechanism |

This small online study was conducted when there was a complete gap in specific law to deal with online violence against women.  I avoid the use of the term revenge-pornography – we use the terms, non-consensual intimate image sharing (NCII) and more recent image-based sexual abuse (IBSA) to be more appropriate as these broaden the bases for privacy breaches and situate them firmly within the context of sexual and gender-based violence (SGBV). The majority of instances nudes are leaked by vicious ex-lovers who use these images or videos as a way of exacting revenge upon former partners; however, that is not the only narrative that exists in this form of violence.

There is one commonality to all these. Having one’s nude images or videos leaked online wreaks havoc in the lives of the victims; the majority of whom are women. Furthermore, the internet never forgets, nor does our Malawian society. Long after creating the content, usually within the “safety” of an intimate relationship, its non-consensual distribution irrevocably changes the lives of the subject (victims).

In 2016, Malawi passed a law  – the Electronic Transactions and Cybersecurity Act of 2016  (the Act). The Act was in draft form during the time the small study was conducted. However, it was not on the public’s radar; and the consultation process was very different from the broad-based engagement that usually occurs when law reform or review is carried out by the Malawi Law Commission.

The law seems to hold promise for potential victims of NCII as it criminalizes some of the very actions that women suffer – cyberstalking, invasion of privacy and child pornography. However, these protections are almost an afterthought. It seems as though the Act was a response to the global push for heightened securitization to control illicit financial flows: read the global response to fighting terror. It focuses mainly on tracing electronic (financial) transactions and includes three provisions that attempt to respond to NCII. Unfortunately, the language used in law places almost insurmountable obstacles for NCII victims to overcome:

These three provisions, the only ones that supposedly respond to NCII, place the entire burden of reporting and showing that online violence took place, firmly on the shoulders of the victim. The legal burden of proving that this incident was a crime lies with the police but in practice, the victim is called upon to show that the actions were lewd and lascivious (this would presumably implicate her role in creating the content) and that the harasser’s actions were deliberate and repeated. All of which can easily be challenged in the combative [often male] space of the courtroom.

Women who have attempted to report NCII and online violence to the Malawi Police Services are often defeated by the publicity, the shame and the challenges of navigating the criminal justice system. In the case of 246 young women whose private numbers were leaked on social media who then became the recipients of obscene harassment, the Police refused to act unless the victims themselves came forward to report as a group. This despite the massive publicity around the leakage and the attempt by the Young Feminists Network (YFN) to lodge the police complaint and instigate an investigation without placing any one woman in the spotlight.

The young women themselves said they were afraid to come forward, fearing the continued loss of privacy. One victim said that she did not want her parents to find out that she was associated with the scandal. Then the alleged culprit apologized publicly for his “bad behaviour” and the police no longer considered that there was any need to follow up on the matter. YFN complained to the Malawi Human Rights Commission but to date, there has not been any feedback on that complaint.

Often the police require that the victim come forward and identify herself as well as the alleged harasser. If this identification requires a line-up, then she is asked to walk with the officers along the line of men presented and physically point out the one she identifies as the accused. The challenge is that cases of sexual and gender-based violence (SGBV) are sent to the Victim Support Units (VSU) which has taken the primary role as “mediators” exceptionally seriously.

The process of mediation involves victims sitting across the table from their abuser or harasser and recounting the entire story; often without the presence of a lawyer or other support person. In many instances, victims have reported being left alone in the room with the very person that they fear and sought to report. Since so few people know the workings of the criminal justice system, they assume that this is the justice they went seeking. Some leave the VSU without their case being recorded.

The police often claim they have no paper to document all such “fruitless” SGBV complaints. They claim women almost always want to withdraw the charges so what is the point of opening a case? The criminal justice system fails victims in many ways, and these failures become even more pronounced when attempting to report an incredibly private but horrendously public event like leakage/sharing of intimate images.

Outside the justice system, the court of public of opinion exerts even more pressure on victims. It can seem like  ‘everyone’ has seen your intimate body.  Your name, your workplace, the city you live or the school you attend suddenly become widely known. Furthermore, the challenges of online violence are shrouded in classism because so few Malawians are online.

According to a Freedom House Report, Malawi has one of the lowest and slowest-growing rates of internet access in the world. According to data from the International Telecommunication Union (ITU), internet penetration stood at 13.8 percent in 2017. Fixed-broadband subscriptions are extremely rare. Mobile phone penetration is also low, at 41.7 percent in 2017, declining marginally from 42 percent. This has an immediate impact on the perception around victims of NCII – their ability to access and navigate digital space is judged, and not in positive ways.

Malawi prides itself on being a “Christian nation”, a position that is widely supported by the women’s movement. Unfortunately, this also means that victim-blaming and slut-shaming often gain traction amongst the very women’s networks whose support could make all the difference in pushing for the effective activation and implementation of legal protections, however weak they might be.

While it is clear and widely accepted that NCII falls within the spectrum of SGBV that women and girls face, the protections that exist are weak and often inaccessible, made more so by the public shaming that victims experience. “Gender-related laws” continue to posit women as modest and innocent – a role that does not work well with expressing sexuality – including the creation and sharing of intimate images. This leaves victims of non-consensual sharing of intimate images without the support of the wider human rights activists, including the women’s movement in Malawi.

Is the law enough?

Instead of protecting women who are victims of online violence, including sexual violence, the cybercrime law has been used to erode civic space protections. The state easily applies the Act as a means of silencing dissent. One example is of the young man who dared to post a meme on social media comparing Malawi’s First Lady to the cartoon character Rango; he was charged with offensive communication.

This increasing weaponization of cyber laws takes them out of the reach of victims. That, coupled with the requirement that victims expose themselves to further slut-shaming and ridicule in order to get some form of punishment for perpetrators. Victims often want the whole thing just to go away, as if it had never happened. Moreover, they want the online exposure to stop; relief that might be available through takedown notifications (such as that provided for in Act) and using reporting mechanisms for online platforms like WhatsApp, Facebook, Twitter, or Google.

The escalating incidence of NCII calls for human rights advocates and the women’s rights movement in particular to evaluate their approach and response to the issue. It also calls for better policy responses as well as a shift in the norms and culture that perpetuate gender-based violence.

This article was first published by the African Feminism on June 05, 2020.