A Section of Uganda’s Computer Misuse Act Outlawed! But, the Greater Part of the Law Remains Thorny 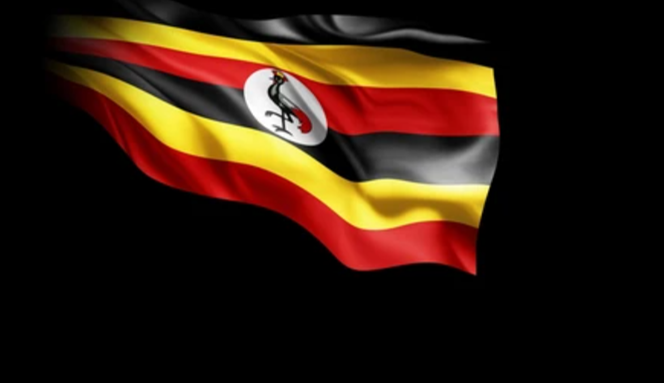 A Section of Uganda’s Computer Misuse Act Outlawed! But, the Greater Part of the Law Remains Thorny

The Collaboration on International ICT Policy for East and Southern Africa (CIPESA) welcomes the ruling by Uganda’s Constitutional Court that section 25 of the Computer Misuse Act of 2011, which penalises “offensive communication”, is null and void. This section has severally been used by state authorities to silence dissent, and CIPESA has for long supported efforts to expunge it from the eastern African country’s key internet law.

On January 10, 2023, Uganda’s constitutional court ruled that section 25 of the Computer Misuse Act is inconsistent with the country’s constitution and called for an immediate halt to its enforcement, including for all cases being prosecuted or investigated. The court’s decision could bring to an end the utilisation of this problematic provision that has for a decade been weaponised to silence critics, political opponents and dissidents. The government can appeal the constitutional court’s decision to the Supreme Court within 14 days.

This week’s ruling is the result of a 2016 petition in which the litigants argued that section 25 was vague, violated civil liberties, and contravened constitutional guarantees.

The law on computer misuse defines offensive communication as the “willful and repeated use of electronic communication to disturb or attempt to disturb the peace, quiet or right of privacy of any person with no purpose of legitimate communication whether or not a conversation ensues.” The offence is punishable by a fine not exceeding USD 130 or imprisonment not exceeding one year, or both.

However, opponents of the law have argued that this provision is vague, overly broad and ambiguous. Further, they contended that the provision does not give a fair warning regarding what conduct is deemed illegal under the right and freedom of speech and expression pursuant to article 29(1)(a) of Uganda’s constitution.

In this week’s ruling, Justice Kenneth Kakuru, who wrote the lead judgement, stated that he  had determined that the words used under section 25 were “vague, overly broad and ambiguous.” According to the judge, what constitutes an offence is “unpredictable” and this gives the law enforcer the discretion to choose what qualifies as offensive. Justice Kakuru added that the provision “gives law enforcement unfettered discretion to punish unpopular or critical protected expression.”

Section 25 of the Computer Misuse Act has severally been invoked to issue threats, effect arrests, detention, and prosecution of individuals over their online communications.

The Computer Misuse Act has been previously used to suppress digital rights including free expression and access to information. For instance, academic and social critic Dr. Stella Nyanzi was arrested for insulting the president in a social media post. In 2019, she was convicted of cyber harassment contrary to section 24 of the Act but acquitted of offensive communications, which is proscribed under section 25. Other individuals who have suffered the wrath of the same law include former presidential aspirant Henry Tumukunde who was arrested over alleged treasonable utterances in radio and television interviews, the Bizonto comedy group who were arrested over alleged offensive and sectarian posts, and author Kakwenza Rukirabashaija who was arrested, detained and prosecuted over offensive communication against the president and his son. (Source: CIPESA Submits Comments on the Computer Misuse (Amendment) Bill, 2022 to Parliament )

Despite this progressive decision by the Constitutional court, the Computer Misuse Act will remain a key impediment to free expression and the enjoyment of digital rights, notably because of amendments made to the law in late 2022. Those amendments ambiguously prohibit the “misuse of social media,” sending or sharing of unsolicited information through a computer, and sending, sharing or transmission of malicious information about or relating to any person. These prohibitions, whose introduction was condemned by wide sections of Ugandan civil society, human rights defenders and some government officials, present a key curtailment of freedom of expression and access to information.

Promoters of the amendments argued that existing laws did not “specifically address the regulation of information sharing on social media” or were “not adequate to deter the vice”. However, critics argued that efforts should instead have focused on addressing the existing retrogressive provisions in the law, notably those on “cyber harassment” and “offensive communication”.

Accordingly, CIPESA alongside 13 civil society organisations and individuals filed a petition challenging those amendments. This followed CIPESA’s submission of comments and presentation of concerns before the Parliamentary Committee on Information and Communication Technology ahead of the enactment of the amendments. In those submissions, CIPESA argued that since its enactment, the Computer Misuse Act had been used to suppress digital rights including free expression and access to information and the proposed amendment would present a further blow to online civil liberties.

In its ruling, the constitutional court noted that, “In a democratic and free society, prosecuting people for the content of their communication is a violation of what falls within guarantees of freedom of expression in a democratic society.” The ruling is a step in the right direction in combating wanton limitations to digital rights in Uganda, where a flurry of technology-related laws were enacted in the wake of the 2010 Arab Spring during which users leveraged digital platforms and social media to build movements and mobilise public protests against their autocratic governments.

Besides the Computer Misuse Act, other laws enacted in Uganda during this time include the Regulation of Interception of Communications Act, 2010, the Electronic Signatures Act, 2011, and the Electronic Transactions Act, 2011, all of which variously interfere with digital rights including data privacy, access to information, and freedom of expression.