A New Decade of Terror is Underway in Togo 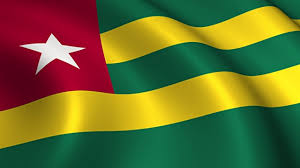 A New Decade of Terror is Underway in Togo

Late last month, authorities in Togo arrested leading opposition figure, Dr. Kafui Adjamagbo-Johnson, a 61-year-old law professor. The arrest and ongoing detention of Dr. Adjamagbo – who in 2010 became the first woman to ever run for president in Togo – is the latest sign of an escalating and more pernicious clampdown on political rights in the country.

In 2020, Togo held the year’s first presidential election in West Africa. The February election resulted in Gnassingbe becoming the only president in the region to serve a fourth term. Gnassingbe claims to have won with over 72% of the vote – this, despite facing unprecedented citizen protests and unrest during the last several years and outlawing any legitimate semblance of election observation.

The recent popular protests – led by an alliance of opposition parties that included Dr. Adjamagbo – were crushed, resulting in hundreds of arrests and numerous killed by Togo’s security forces, with many leaders forced to flee into exile. In this post-election environment, Gnassingbe launched a sophisticated machinery of repression to suppress the opposition and to silence challengers to his rule once and for all.

Today in Togo, one now needs to seek explicit approval from the government before holding any demonstration – a violation of our constitution and regional human rights conventions to which Togo is a signatory. According to these rules, Togo’s minister of security gets to decide the itinerary and venue for any protest; how many people can attend; the starting and ending times; and even what colors protesters can or cannot wear.

For Faure Gnassingbe and his military enablers, the survival of the regime relies entirely on the power of violent repression. And they are unleashing the worst of its kind on Togolese citizens – with impunity – both as a punishment and as a deterrent.

Togo has thus fallen back to the darkest days of dictatorship in which the only right that citizens seem to have is that of death. The country is back to the days of one-party rule – a hallmark during the era of Gnassingbe’s father, Eyadema, who seized power in a 1967 coup. The resistance that followed throughout the 1990’s ultimately led to a new constitution – supported by an overwhelming 97% majority of Togolese – that imposed a two-term limit on presidents. The constitution stated that “by no means, shall anyone serve more than two terms.” Our collective preference as Togolese was unequivocal. We demanded democracy.

After stealing the February 2020 election, however, Gnassingbe granted himself two more terms and paved the way for his colleagues in the region to do the same – those like Alassane Ouattara in Cote d’Ivoire and Alpha Conde in Guinea, both of whom also successfully secured recent third terms as a result of constitutional coups that nullified their preceding terms.

But while Ouattara and Conde are likely to retire after ten more years in power, Gnassingbe has no intention of doing so. He is recalibrating Togo’s dictatorship to the level of barbarity that is more akin to his father’s rule in order to ensure that, come 2030, there will be no opposition, no civil society, and no independent media to challenge him or force him from power.

Here begins a new decade of terror in Togo.

When a dictator comes close to or senses his potential ouster, yet manages to retain power, he often shows no mercy. Faure Gnassingbe has done just this. He is at war with dissidents, which now include Dr. Kafui Adjamagbo Johnson. Today, she is detained in one of the most horrendous prison facilities in the world. She is denied her dignity. And Togo is denied the leadership alternatives that we rightly deserve. This is not an isolated incident, but rather, is part of a larger issue in Togo.

Today, the country’s pro-democracy forces are weakened by protest fatigue and also by internal divisions. They are thus ill-prepared in the face of these growing threats. What is more, the international community has again turned a blind eye to our suffering. Meanwhile, Faure Gnassingbe adds more layers to the thickening wall that separates Togo’s people from genuine democracy.

This article was first published by the Vanguard Africa Foundation on December 14, 2020.