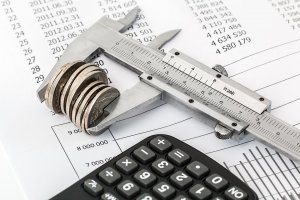 The tax which the Uganda government introduced on use of social media last July has slashed the number of internet users in the country by five million in three months, according to figures from the industry regulator, the Uganda Communications Commission (UCC). The numbers also show that revenue from the tax is far from the windfall which government had predicted the tax would add to the national treasury.

The figures released by the commission show that only half of the country’s internet subscribers were paying the Over-The-Top (OTT) service tax in the third month after its introduction. Those paying the tax fell from eight million subscribers in July to 6.8 million in September. In June 2018, a month before the introduction of the tax, the internet penetration rate in Uganda stood at 47.4% (18.5 million internet users) but three months later, it had fallen to 35% (13.5million users).

The figures from the UCC  suggest that many internet users may have stopped accessing the internet altogether since July. But they also reflect the growing number of Ugandans who are using virtual private networks (VPNs) as a means to continue accessing social media while avoiding to pay the daily  OTT tax of UGX 200 ( USD 0.05).

The figures from the regulator appear to confirm the fears expressed by many upon the introduction of the tax, that it would harm the sector by undermining internet access and affordability, while also threatening access to information and freedom of expression.

Upon the introduction of the social media taxes last July, the government had anticipated revenue collections of up to UGX 400 billion (USD 108 million) per annum, while projections from the June 14 national budget speech for the fiscal year 2018/19 had projected that up to UGX 486 billion (USD 131 million) could be collected annually by 2022.

Earlier this month, Uganda’s ICT minister Frank Tumwebaze hinted that his ministry may have been misled by the finance ministry  into supporting the tax on the assumption that it would widen the country’s revenue base. Accordingly, parliament’s committee on Information and Communication Technology (ICT) ordered the ICT ministry to conduct an assessment on the impact of the social media tax and share their views with the finance ministry.

Earlier studies forecast the negative impact of the tax. The Alliance for Affordable Internet (A4AI) said the tax would likely push basic connectivity further out of reach for millions, as it would disproportionately and negatively impact low-income Ugandans and their ability to affordably access the internet. It explained that, where the richest Ugandan would experience an increase of 1% in their cost to connect, this cost to connect for Uganda’s poorest would jump by 10%, resulting in just 1GB of data costing them nearly 40% of their average monthly income. According to the World Bank, the average national income stands at USD 630 per annum.

According to the  2017/18 Uganda National Information Technology Survey, social media platforms are some of the popular avenues for citizens to engage with each other, and to  pursue businesses and education opportunities. At least 76% of the survey respondents cited the price of internet subscription as a key limitation to their internet use. This was followed by concerns over slow internet speeds and the lack of connectivity in some areas.

A study by Research ICT Solutions warned that the OTT tax could lead to lower tax revenues including costing up to UGX 2.8 trillion (USD 760 million) in forgone GDP growth and UGX 400 billion (USD 109 million) in taxes per year. The study argued that removing all excise duties across the ICT sector would lead to more tax revenues by facilitating economic growth and growing tax revenues across all sectors. It added that the more Ugandans that have broadband access, the easier it will be to serve them with e-governance, e-health, e-education and financial services while also growing tax revenues faster.

At an August 2018 multistakeholder meeting hosted by the Collaboration on International ICT Policy in East and Southern Africa (CIPESA) and the Internet Society Uganda Chapter, stakeholders called for the government to reassess its position on the taxation to ensure a more inclusive financial economy and digital society that does not discriminate or disenfranchise already marginalised and vulnerable communities, including persons with disabilities (PWDs), women, youth and rural communities. Participants at the meeting stressed that the government should instead look at available alternatives for raising government revenue without necessarily taxing citizens and suffocating Uganda’s nascent digital economy.

A study released by Pollicy indicated that many social media users have found the OTT tax frustrating  despite 56% of respondents indicating that they pay the tax compared to the 38% who opt to utilise VPN and the 3% who  access social media platforms through free Wi-Fi.